“Imagery helps us prioritize capital irrigation system improvements with a bottom-up approach, to get the most bang for our buck when determining which system gets replaced first.”

The Alm family owns Starrs Reach Vineyard and farms in the Riverland region of South Australia. In this hot, inland region, mean annual rainfall is only 265 milliliters a year, and the light, sandy loam soil filters water quickly. Consequently, the Alms rely on surface drip irrigation systems to deliver water to their crops almost daily during summer.

The Alm family had recently taken ownership of additional ground. Growth was good news for the business, but the expansion presented some challenges: now, with diverse crop types spread across 30 kilometers, they were finding themselves spread thin. Even walking the fields in person, it was easy to miss subtle irrigation problems such as drip line leaks caused by the foxes and hares common in the area.

In addition, some of the newly acquired farms had failing irrigation systems that the Alms knew needed replacing. Without a thorough (and time-consuming) evaluation of the existing infrastructure, it was difficult to know where to start. Before making a major capital investment in upgrades—or hiring a new employee to help them keep up with the work—the Alms wanted to be sure they were prioritizing correctly.

The Alms worked with Ceres Imaging to evaluate irrigation system performance across their operation and determine which improvements were most urgent. The aerial perspective helped them efficiently obtain a holistic, “big-picture” view—and see where investments would deliver the best bang for their buck.

While the Alms budget and plan for these capital expenditures, Ceres Imaging also helps them stay on top of day-to-day irrigation issues and management concerns. They’ve used imagery to complement soil moisture probes—and identify when those probes are malfunctioning. Aerial data guides their decisions about what issues require immediate attention, versus those that can wait a day or two. This helps them run a lean team: the operation employs just 10 year-round employees, with only two assisting Craig with irrigation issue detection and improvements. 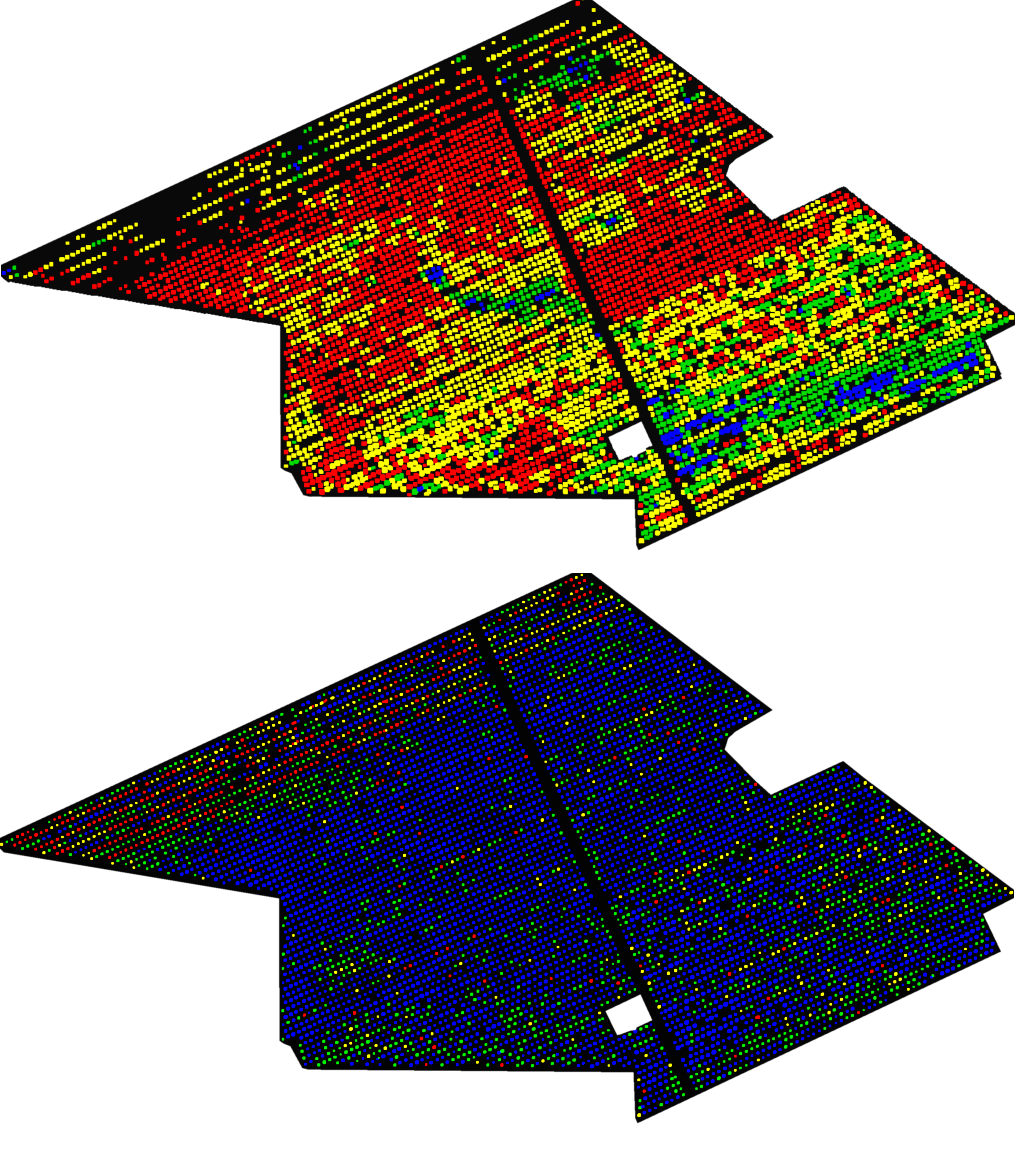 Water stress imagery revealed an irrigation issue that was causing extreme stress to a majority of the almond trees. After investigating, the Alms discovered and corrected the clogged drip lines and saw significant improvement in orchard health.

“There are other imagery providers available, but they aren’t as detailed or high resolution. With Ceres Imaging, we can direct employees to the correct row, even down to the tree, to address the issue we find in the imagery.”