In wine country, adapting to climate change may mean breaking with tradition

In wine regions around the world, generations of vintners have selected cultivars and developed techniques to produce vines that thrive within hyper-specific ranges of heat, moisture, elevation, slope, and soil type. But the nuances and traditions that define each region’s distinctive terroir—not to mention its identity and economy—also make the wine industry particularly vulnerable to the effects of climate change.

According to a study published in the Proceedings of the National Academy of Sciences, the amount of land that’s suitable for growing wine grapes could shrink by more than half if average global temperatures rise 2 degrees Celsius above pre-industrial levels. Given 4 degrees of warming, the declines could hit 77%. By 2050, the Napa Valley might see 15 days a year where the heat index tops 100 degrees, up from a historical average of 2 days. At those temperatures, “grapevines tend to shut down,” Chris Howell at the Napa Valley’s Cain Vineyard told the San Francisco Chronicle.

The good news is that vineyard managers can adapt their operations to make their vines more resilient as temperatures climb, rainfall patterns shift, and storms and wildfires become more frequent and severe. New research suggests that adjustments to vineyard variables like trellis systems could help vines withstand hotter temperatures without sacrificing yield or quality. What’s more, these adjustments could lower costs and help vineyards operate more efficiently and sustainably. 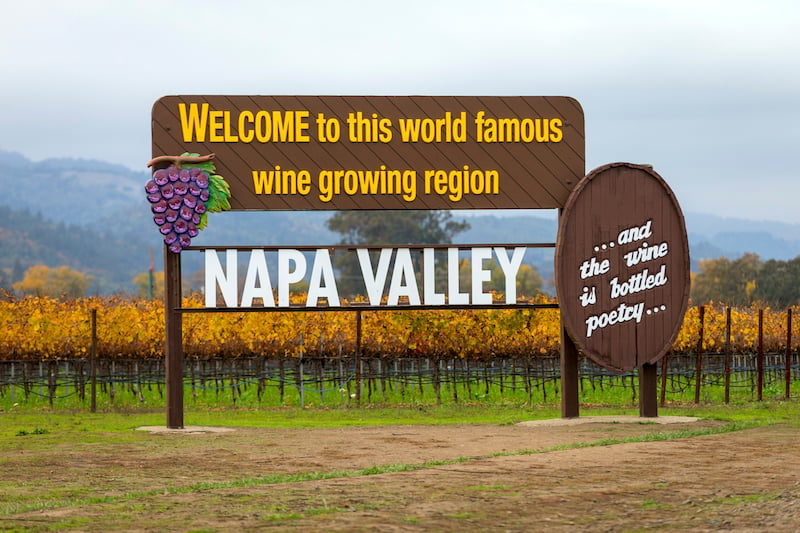 In premium wine regions such as the Napa Valley, most vineyards have adopted a vertical shoot positioned trellis system, or VSP. In VSP systems, annual shoots are trained to grow upwards from a bottom row of cordons—the perennial woody arms of the vine’s trunk—to create a “narrow curtain” of foliage reaching above a row of grape clusters. The result is a relatively open canopy, where grapes are exposed to wind and sunlight.

But a 2022 paper in Frontiers in Plant Science suggests that Napa’s warming climate might be rendering VSP trellis systems suboptimal. Over two growing seasons at the University of California Oakville Research Station, an experimental vineyard in the Napa Valley, Fresno State University viticulturist Cliff Yu and his fellow researchers compared the performance and grape chemistry of cabernet sauvignon vines growing on VSP trellises with systems less commonly used in the region, including a single highwire (SH). In SH trellis systems, annual shoots drape down from the cordon, resulting in grape clusters that are more integrated into the vine’s foliage.

In Yu’s study, grapes grown on SH systems showed more favorable concentration of molecules that contribute to wine flavor, color, and stability, such as anthocyanin, myricetin, quercetin, and isorhamnetin, compared to grapes grown on VSP systems. In this and other studies, Yu and his collaborators wrote, VSP-trellised grapes “have been showing greater chances of getting cluster overexposure, resulting in sunburnt berries with yield loss and color degradation.”

“Before, when Napa was a relatively cool, wet climate, vertical shoot positioning might have been beneficial, because grapes needed to be exposed to the sunlight to get enough ripe color and accumulation of anthocyanins, flavonoids, and other things that contribute to taste and quality,” Yu says. VSP became the established norm in Napa “back when sunlight was still our blessing in California. But recently sunlight is worst enemy of vineyards,” he says, as higher temperatures, shifting fog and rainfall patterns, and water shortages expose grapes to higher risk of sunburn and desiccation. 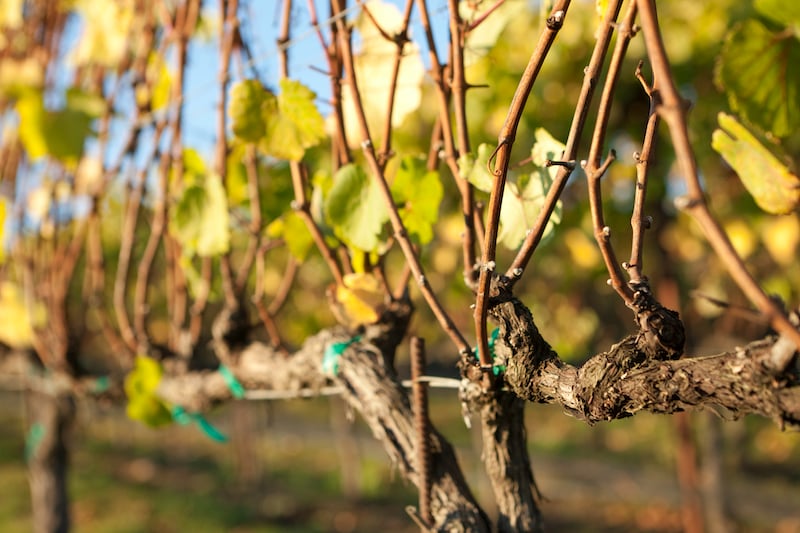 In addition to shielding grapes from sunburn and heat, Yu says SH systems are simpler to install than VSP and may be more compatible with mechanization, which could keep labor costs down. And growers looking to shift from a VSP trellis to a SH system could make the change over a season or two, by retraining—rather than replanting—their vineyards.

But Yu worries that the potential benefits aren’t enough to overcome the weight of tradition and expectation. Given their benefits for warmer climates and mechanization, SH systems are common in the Central Valley, where grapes tend to fetch a lower price and producers are more inclined to prioritize high-yield practices that produce a crop suitable for mass-market wines.

“The single highwire system is not the sort of system a Napa grower wants to see,” Yu says. “They think these trellis systems will change the valley’s image—that it won’t be a premium production region anymore. It’ll just be a normal, average California wine production.”

But Yu hopes his findings will inspire growers in Napa and throughout the winemaking world to reassess whether the practices they’ve always used are best for the future they’re facing. VSP trellis systems may “have their place in history,” he says, but successful growers will be the ones who keep an open mind and are willing to seek out solutions as growing conditions change. “I think growers need to reevaluate certain practices, both in the context of climate change, and also with labor being more expensive and harder to find,” Yu says. “On both fronts, single highwire systems might be more suitable for Napa’s future.”