Black widow spiders: Understanding behaviors is key to getting this arachnid out of vineyards

The newsreel plays, and a stricken-looking woman sits at her spacious dining room table, hands interwoven, as she describes the terror she felt finding a black widow spider in a bunch of grapes.

“Every single year I can find local news media programs somewhere in the United States—it’s always the same venue…the woman showing it in the kitchen, the husband sitting on the sideline,” says Kent Daane, a UC Cooperative extensionist. “Now the table grape industry has to treat for this.”

Despite the fact that black widow spiders are shy, Daane said, and don’t want to bite— they already exist throughout California, as do poisonous counterparts like brown recluse spiders throughout the East Coast. Consumers are demanding control over black widows, so the industry has to show they have controls in place.

There are several factors that make Black Widows difficult to find and kill, he said, presenting research by a team of UC researchers.

“We did work showing where they are—they want to be down below, they don’t want to be in the grape clusters,” Daane said.

Despite spiders’ disinclination to hang out in grape clusters, conditions before harvest can push them there, he said.

In trellis systems, it’s very dark before harvest, he said, and spiders have fewer food items down on the floor where they want to be.

Fruit flies up where berries burst—then spiders follow the fruit flies, their food, up the vine. The Black Widows hide in grape clusters when harvesters come. 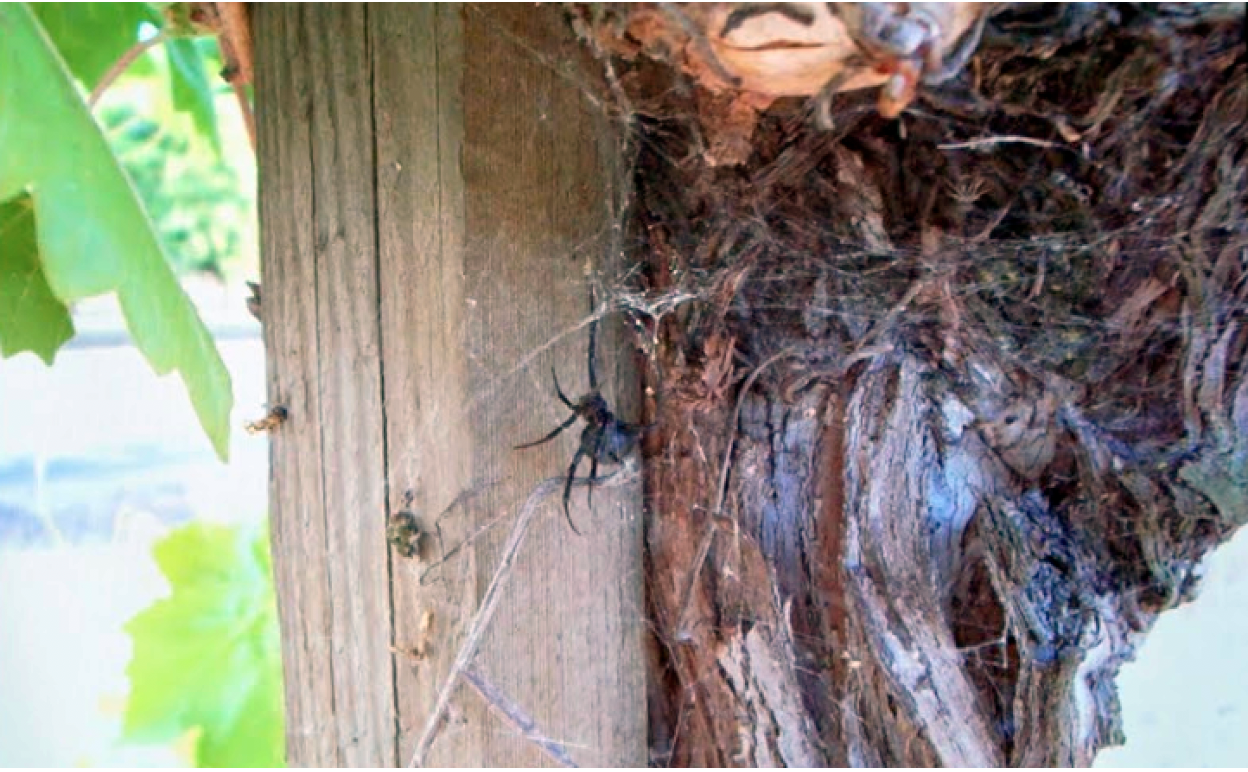 Spiders like to be in the trellis system near the trunk.

It’s difficult to spray for spiders because they sense equipment approaching and retreat into the depths of the vine. They may remain secluded in their hiding spot for 8 or 9 hours.

Another factor to consider: May spray can be ineffective if spiders spread out from a neighboring area after treatment.

Black Widow spiders are territorial, one per vine, so young spiderlings balloon out in search of territory, quickly colonizing surrounding areas, he said.

Daane recommends pyrethroids instead of neonicotinoids, which he said do not work.

He advises that growers first destroy spider webs. Then, spray the vines, and if there’s a web present there a few days later, you didn’t kill them.

Are All Almonds Created Equal: Part 1