For perspectives on the future of cotton management, there’s no better place to look than the high plains—specifically Lubbock, Texas, where growers produce more than a quarter of the U.S. cotton supply. Where there are successful growers, there are successful researchers: Lubbock is also home to Texas Tech University, which hosts the Fiber and Biopolymer Research Institute, a Cotton Phenomics laboratory, and an international cadre of students exploring new ways to make cotton production more profitable and more sustainable.

With so much of the community involved in cotton in some way—and so many recent innovations in technology and management practices—you’ll naturally encounter a range of opinions on which of these changes have been truly meaningful for the industry. That said, there are a few things growers and researchers alike agree have changed the game.

We spoke to crop physiologist Dr. Glen Ritchie, Chair and Associate Professor of the Department of Plant and Soil Science at Texas Tech University, and Tyson Knight, a longtime grower farming nearly 4,000 acres of cotton in Abernathy. As they shared their perspectives on top tech for cotton, both mentioned these three things. 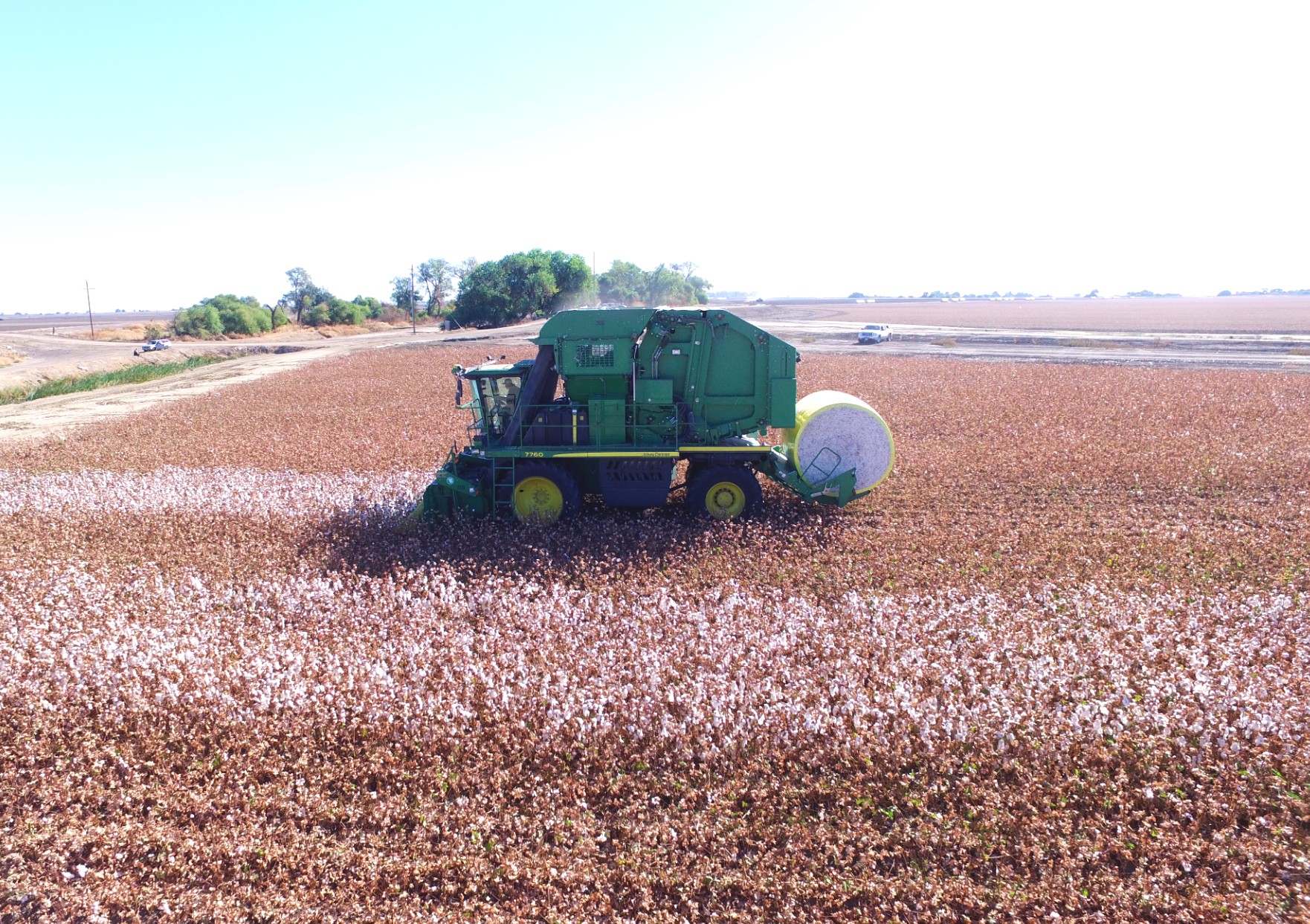 Harvest season on Knight’s farm looks dramatically different since John Deere introduced round module cotton harvesters, sometimes known as cotton strippers with baler technology. The harvester Knight owns allows him to take cotton all the way from the stalk to a round bale wrapped in plastic with single machine—a process that in the past would have required several people, a cotton stripper, a tractor, a module builder, and a bowl buggy.

It’s a massive time-saver without much of a downside. “There's a risk of the wrap on the bales actually coming off and entering into the cotton that's being shipped out,” acknowledges Ritchie, “but I think that the problem is overemphasized.” For Knight, there’s no question the new machine is worth that small risk: the reduction in labor costs and the time spent dealing with equipment breakdowns is part of what’s allowed him to expand his operation by more than 1,000 acres in the past year. 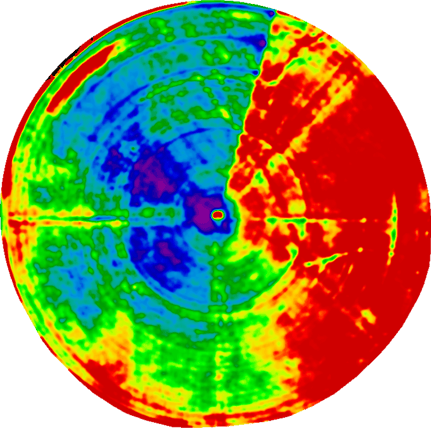 Aerial imagery for agriculture itself is nothing new—Ritchie has long used drones in his own research, and as a masters student discovered papers on crop health analysis by satellite written as early as the 1960s. But the high-resolution imagery available today from providers like Ceres Imaging is a world away from those early attempts: today’s products offer the level of precision needed to determine the ideal ground for growing, identify pest problems and irrigation issues, and reduce fertilizer use.

More computing power means both researchers and growers can accomplish deeper analyses with the information they capture, too. (“You have to have the capability to both store and analyze very large data sets,” Ritchie points out.) Allows more actionable information: Ceres Imaging, for example, identifies a significant irrigation issue in more than 20% of the fields it flies.

Knight agrees that the technology is coming into its own. “Aerial imagery has been a new way of scouting a crop for the past couple of years,” he says. “I believe it has cost-saving advantages if you use the tool appropriately. It can help you find the most productive soil types in your field—and once those are found, you can apply fertilizer and nutrients … to get your most return on investment.”

There are big implications for the environment as well as grower profitability, Ritchie says. “By and large, in my experience, anything that improves efficiency also cuts down on your inputs. As a result, it improves sustainability as well.” 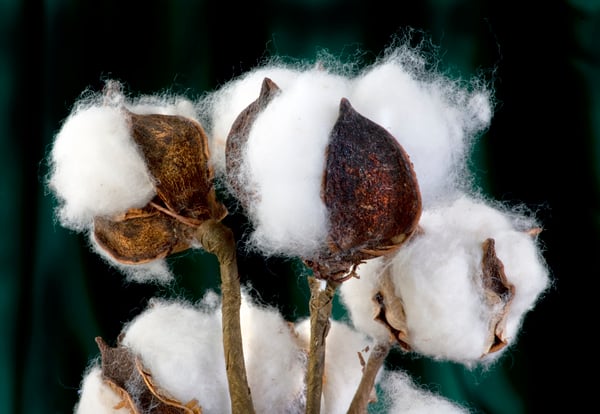 Less visible, but equally significant, is the impact of technology applied to the cotton plant itself.

“In the past, all we had to control weeds in season was the chemical Roundup,” Knight says. “Over the years the weeds became resistant to Roundup and would no longer die. The seed companies added a gene to the cotton seed that would make them either 2,4-D- or Dicamba-tolerant.”

Neither chemical is new, but the ability to apply them in-season is. “Now we can control weeds in-season better,” Knight explains, “and therefore boost revenue at the end of the year.”

There’s no question the development has made it easier to control weeds, but it’s “somewhat of a mixed bag,” Ritchie says. “We've seen a lot of that with 2,4-D-tolerant cotton over the last three or four years. There are some issues in terms of drip and weed resistance.” 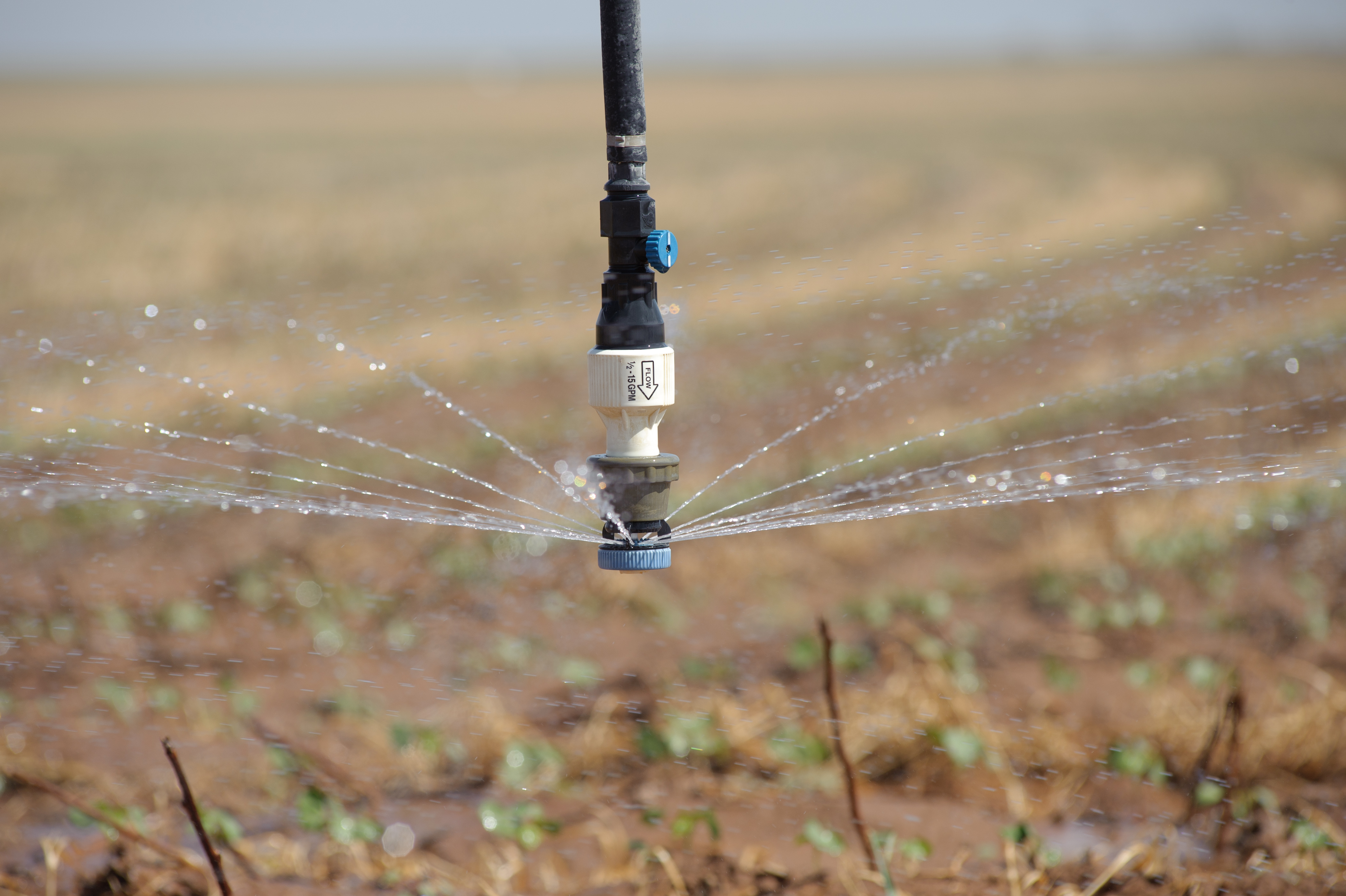 Shrinking profit margins and an increasingly stressed Ogallala aquifer mean these and other advancements that improve efficiency in cotton production are more important than ever.

“In today’s times [efficient technology] is a big deal for me,” Knight says, “because the water table seems to keep dropping every year. A well that pumped 1,000 gallons per minute 20 years ago now only pumps 200 or so.”

That said, Knight sees the combination of research developments in the lab and evolving management practices in the field as paying off. “They just keep improving the cotton plant to make more lint without as much water. All the new technology advances I’ve described are sustainable practices if you use them to their full potential and take advantage of their money-saving capabilities.”

Ritchie’s vantage point from Texas Tech offers the same view. “If you’re in a situation where the margin between profit and loss is pretty small, being able to save a little bit of money by decreasing the labor costs on a large farm is pretty valuable,” he says. It’s a case where the growers’ bottom line and environmental needs have aligned.

“We do see producers generally moving toward more minimum-input systems in order to save money, decrease our environmental footprint, and try to maximize yields. Just as a necessity, we see less water application—we're moving to more and more water conservative systems.”

Morgan Miller is a student of agricultural communications at Texas Tech University in Lubbock, Texas. FFA, 4H, and growing up on a small farm in Colorado have made her a lifelong “agvocate.”