In the face of fire risk, insurance options for California growers are changing

Though California wine country has emerged from the most fraught stretch of the 2022 wildfire season without major incident, the risk remains top of mind for the region's growers. That's because—aside from immediate risk to life and property—fire increasingly poses another business challenge: insurance is getting harder and harder to find.

Especially in the wildfire-prone Sonoma and Napa valleys, insurers are increasingly turning down wineries that they consider to be high risk—at a far lower threshold than a few years ago. According to Wine Business Monthly, insurance companies canceled just 118 fire policies that covered wineries in California in 2017. That number jumped to 616 policies in 2020.

Even wineries who are able to find an insurance provider have seen their premiums go up drastically. A survey of California vineyard operators by Silicon Valley Bank found that more than 70 percent of respondents saw insurance costs increase last year. For example, Vintage Wine Estate CEO Pat Roney told Wine Spectator that the winery’s rates have increased 500 percent since 2017. 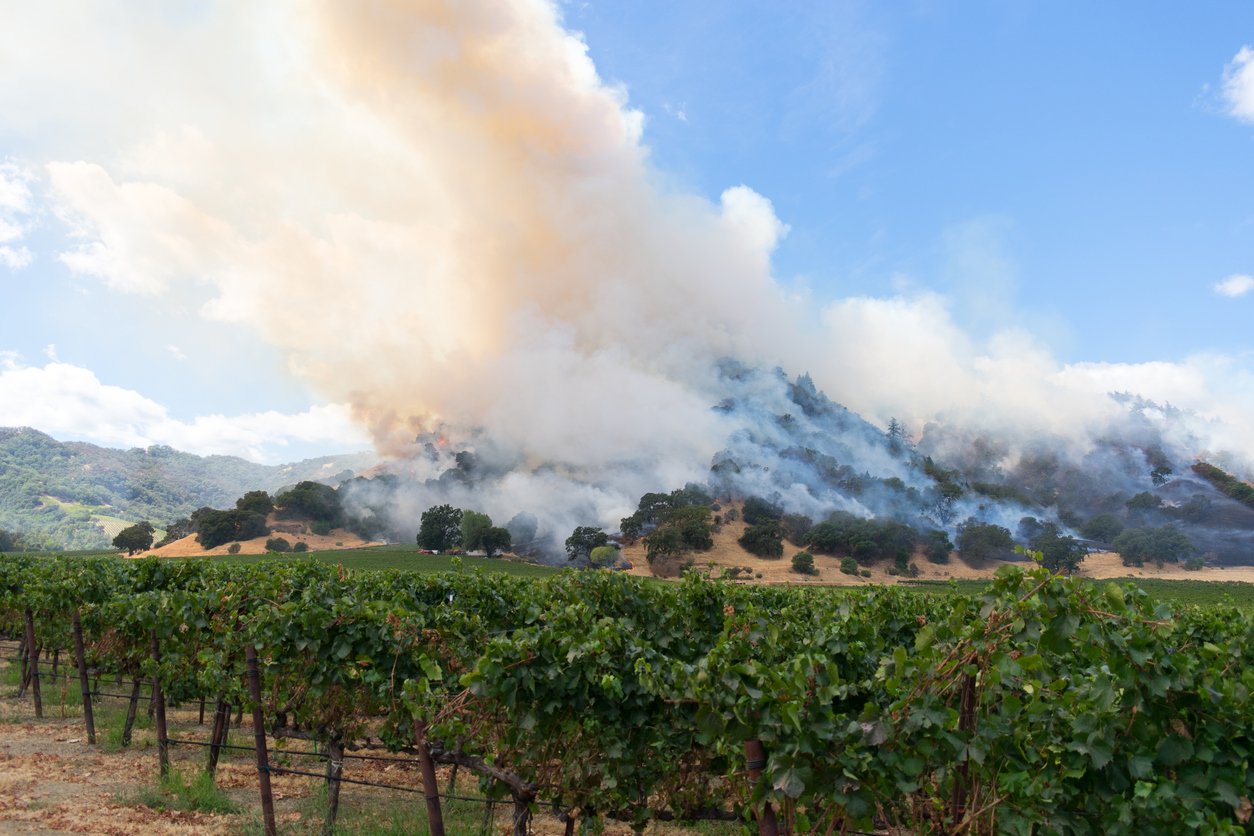 That year was one of the most destructive wildfire seasons on record in California. Losses for insurance companies totaled more than $20 billion in 2017 and 2018, amounting to twice the industry’s profits since 1991. Since then, insurance and reinsurance companies have exited the California market, contributing to the existential threat now facing farms in the state—because, as California Farm Bureau Administrator Jim Houston put it, "You simply cannot operate a farm if you do not have insurance.”

Vineyard owners who have lost coverage now have a new option through California’s FAIR Plan. The FAIR Plan was established as the state’s “insurer of last resort” in 1968, and participation has grown as wildfire impacts spread across the state. But until recently, the program wasn’t available to farms.

That changed after the Wine Institute, the California Farm Bureau, and other agriculture stakeholders strongly supported Senate Bill 11 (SB 11) to expand the FAIR Plan to cover wineries and farm buildings instead of just homeowners. It was signed into law in July 2021 and coverage was officially made available on February 1, 2022.

Intended as a last-ditch alternative to those denied private insurance, the FAIR plan is notably not comprehensive and in many cases does not provide the optimal coverage. But at the very least, it allows farmers and winery owners to show proof of insurance when applying for loans.

"The FAIR plan is barebones minimum to protect the structures from fire, lightning, or wind. And that’s it,” California Farm Bureau’s Robert Spiegel told Modern Farmer. “At the end of the day, for California agriculture, and for our membership, SB 11 is a step in the right direction.” 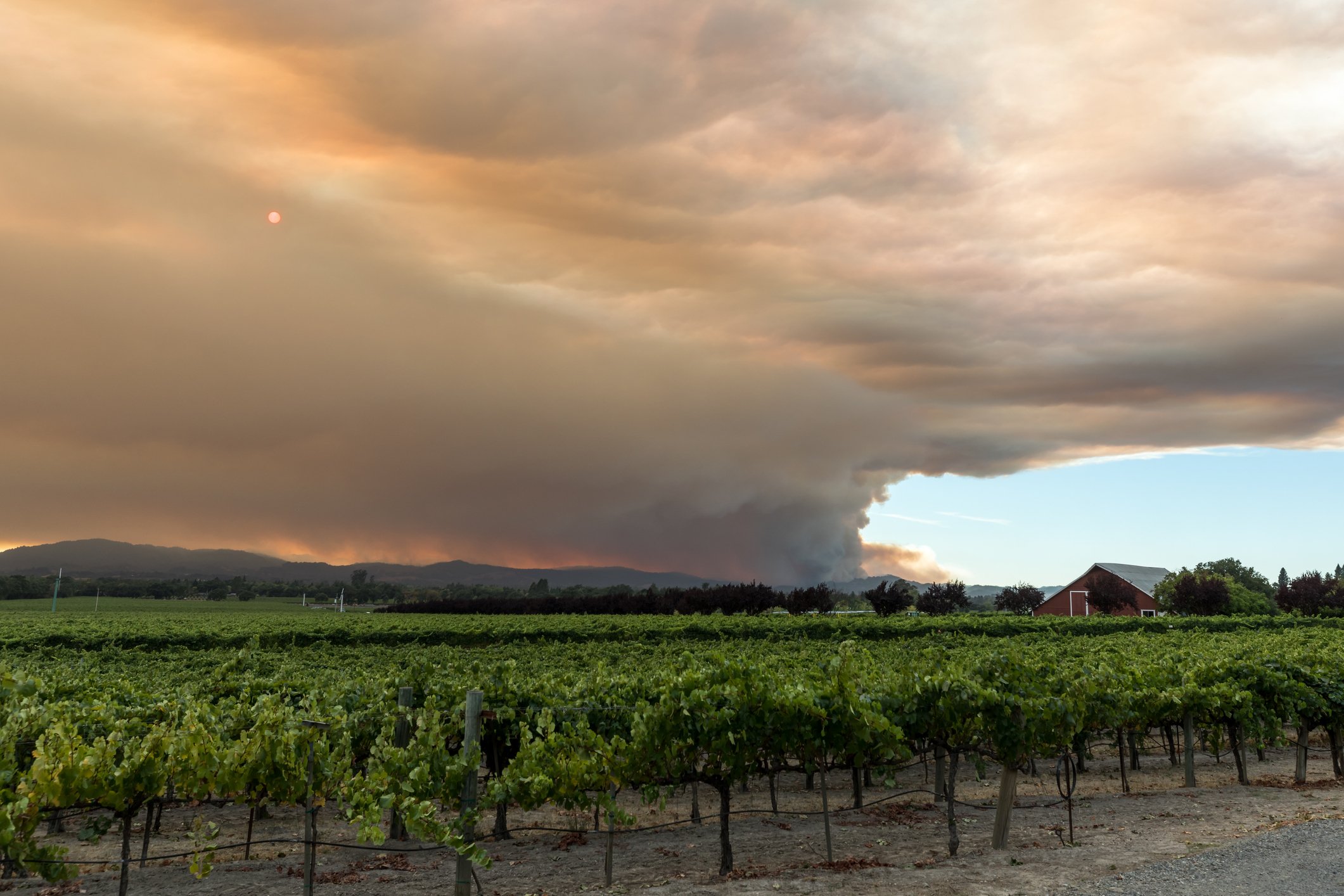 Farm groups say the importance of having an insurance plan growers can fall back on cannot be overstated, and that the recent boost in commercial coverage makes FAIR more relevant for commercial operations. “This coverage increase is testament to the hard work that has been undertaken on this issue, given these coverage limits have not been raised since 1994," said Napa County Farm Bureau Chief Executive Officer Ryan Kloba.

Even so, challenges remain. The California Department of Insurance held an investigative hearing in July 2022 focused on lingering issues with the FAIR Plan. Even after SB 11, growers said that coverage remains limited, and getting approved is difficult. Some proposed fixes include raising the coverage caps to up to $20 million, adding staff to improve administration of the plan, and incentivizing property owners who prevent wildfires with lower rates. Other potential solutions include investing in wildfire modeling tools and developing new wildfire-focused reinsurance products.

Other strategies for Mitigating risk

While insurance carriers have backed away after a series of bad wildfire years, industry experts believe that the market will recover over a period of consecutive good years. Thankfully, 2021 did not result in significant structural damage, and 2022 also looks promising.

In the meantime, wineries affected by fires can still obtain certain types of insurance not related to their property—such as general and liquor liability, business auto, and umbrella coverage. Businesses should also stay updated on the latest actions by the California Department of Insurance that could impact the price and availability of property insurance going forward. In October 2022, for example, the state announced new regulations to provide insurance discounts that reward wildfire safety and mitigation efforts made by homeowners and businesses.

What else can businesses do to protect themselves? Winery owners and farmers in high-risk locations are encouraged to explore fire mitigation techniques to remove fuel, create defensible space, and add moisture.  The USDA also offers federal crop insurance to protect against the loss of a grape crop that is unusable due to smoke taint. Some additional USDA disaster assistance programs are available: for example, the Tree Assistance Program provides financial assistance to replant or rehabilitate up to 1,000 acres of trees, bushes, and vines damaged by natural disasters like wildfire.