For growers, yield competition is an opportunity to experiment

When it comes to experimenting with new farming technology, there's only so much anyone can learn in a traditional classroom setting.

That's why the University of Nebraska created its Testing Ag Performance Solutions program—known as UNL-TAPS. Rather than offering lessons or seminars, the program facilitates interactive, real-world farm management competitions so that participants can learn by doing.

Teams of participants in the program each manage a half-acre demonstration farm with three plots, competing for highest yields or largest profits. Just as in any real-world operation, that involves a series of strategic decisions—from choosing crop insurance and hybrids to determining planting density, irrigation scheduling, fertilizer applications, and marketing the crop.

Along the way, TAPS participants have the chance to use a range of farming technologies, including moisture probes, weather stations, and, this year, aerial data from Ceres Imaging. For many, it's an opportunity to test out sustainability strategies that might otherwise might seem inaccessible. With the ability to experiment—as well as access to comprehensive data on the results—growers can apply what they learn in the competition toward using inputs more efficiently on their own farms.

“Many growers have said that they changed the way they manage their own operations because of the information they gleaned from the trial fields,” says TAPS program manager Krystle Rhoades.

In its 2017 debut year, the competition was limited to sprinkler-irrigated corn under a variable rate sprinkler irrigation system. Since then, it has expanded to include irrigated sorghum and winter wheat in multiple states.

The ongoing growth of the program is made possible in part by a Conservation Innovation Grant from the USDA Natural Resource Conservation Service (NRCS). In addition, TAPS benefits from the support from a wide range of industry partners and private companies, who donate everything from seed varieties and harvest equipment to lab testing and marketing advice.

In addition to new technology, the program offers the opportunity to work with a large network of agriculture professionals, including UNL scientists and extension staff as well as industry leaders, regulators, and government agencies. It's an entire community focused on farm profitability and efficient use of inputs.

“The program has evolved over the years, and has been a great bridge between tech companies, extension personnel, growers, and [government agencies]," says Rhoades.

She points out that the relationship between participants and sponsors is not a one-way street. "It gives the government groups significant insight into all of the opportunities and decisions the farmers have to make." 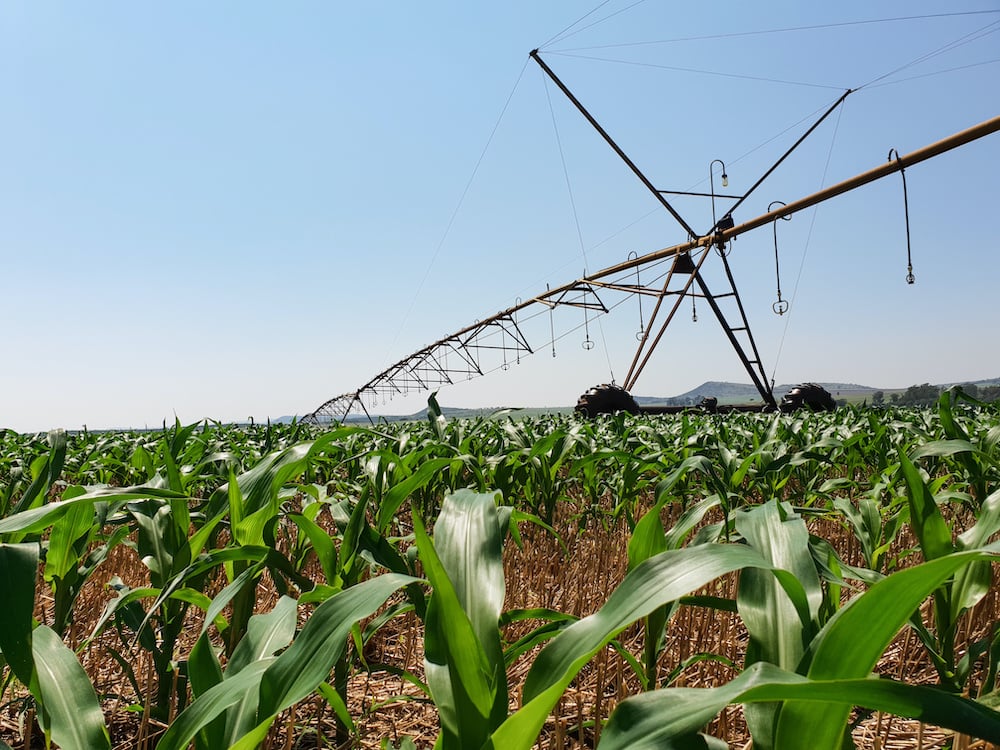 For most of the TAPS participants who chose to incorporate Ceres Imaging into their demonstration farm's management strategy, it was their first time working with aerial data of any kind. The teams received water stress, chlorophyll, and NDVI imagery about ten times between planting and harvest, as well as a comparison of their plots' performance relative to other teams in the competition.

Though Ceres Imaging analysts held special training sessions as part of the TAPS program, the emphasis on grower support is a characteristic of the company's approach to any of its customers. Experts help make sense of aerial data by pinpointing specific areas of the field with opportunities for improvement—and personalized support is only a phone call or an email away.

“The explanations that accompanied the images and all of the assistance you gave participants was very much appreciated," one participant from Nebraska said. "I’ve done TAPS for three years, and by far Ceres Imaging has been the most involved and invested.”