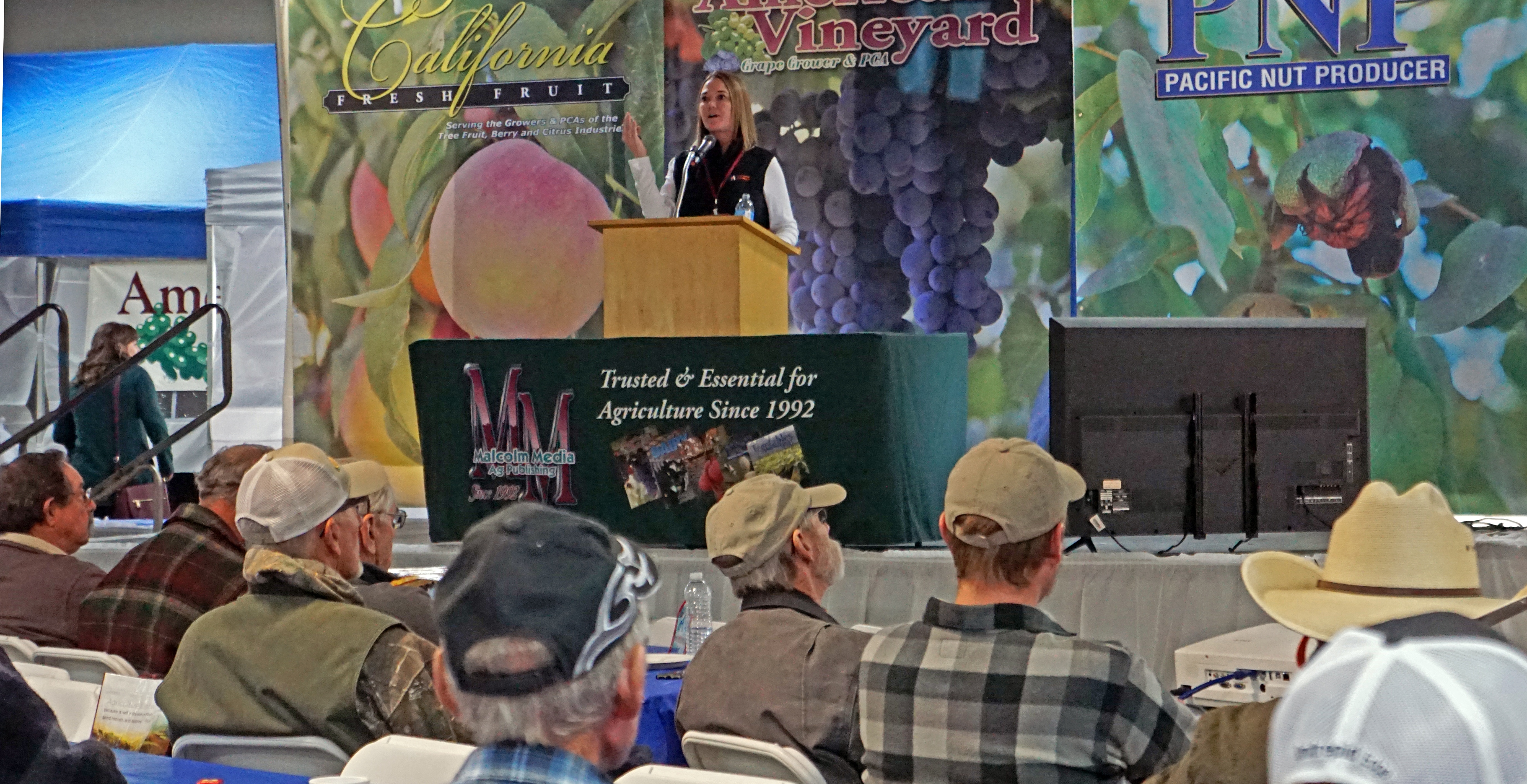 Then one week later she announced her departure from the alliance, an organization she’s reshaped in her seven-year tenure.

After spending the better part of a decade helping the Almond Alliance strengthen its relationship with the Almond Board, and push for legislative priorities, Covello said by phone this week that she is leaving the organization in order to spend less time on the road and more with her family.

“I’ve spent a lot of time in the last couple years in Sacramento and Washington, D.C., and meeting with our membership around the state from Chico to Bakersfield,” Covello said. “My daughter is just getting to the age now where she’s starting 4H...she’s reaching the age where it’s harder for me to be away, and frankly, I don’t want to be.”

Covello is accepting a new job in the Stanislaus County CEO’s office, so she won’t be moving far from growers who know her well.

“One of the (Stanislaus County) Board of Supervisors' strategic priorities that I’m working on is developing a strong local ag economy and heritage,” Covello said. “I’m still going to be there to support ag, in a different capacity.”

The Almond Alliance thanked Covello for her role remaking the organization, which was known at that time Covello started her job as the Almond Hullers and Processors Association.

“When I started in 2010, we didn’t even have an office, and it was a one-person job,” Covello said by phone. Today we have an office in Modesto, and we have four employees. We’ve grown in leaps and bounds, but we needed to...I feel really proud of the accomplishments the association’s made since I’ve been here in the last seven years.”

Former Alliance Chairman Dick Cunningham called Covello “the best thing to ever happen to our association.”

“I’m so grateful to her for all her hard work on behalf of our membership,” said Cunningham in the group's announcement of her departure. “She has set down the foundation of a great trade association that we must continue to build on.”

As president of the Almond Alliance, Covello told audiences around the state that it’s important to fund lobbying so that growers’ interests are represented in Sacramento. She frequently cited the top ten lobbyist groups’ budgets, and said that if growers band together and spend a little money per acre for lobbying, the almond industry could be in that top ten group.

“Kelly came to the AHPA with a vision for our trade association and a remarkable ability to implement that vision. We can credit her for the many great steps we have taken: our almond food safety program, the Almond Board of California Memorandum of Agreement, the Strategic Planning retreat and the resulting rebranding of the AHPA as the Almond Alliance of California, the Almond PAC and the tremendous advocacy effort, and the initiation of almond hull research on a shoestring budget that has blossomed into a major industry focus with ample resources.”

When asked about the future of the almond industry this week, Covello said she is excited to see the fruits of research investment to find markets for co-products like shells and hulls.

“I’ve been in the industry now for 12 years, and everyday when I wake up I learn something new in this industry, which is a testament to the fact that it’s very progressive,” Covello said. “I’m very proud to have been part of this industry.”