“We’re [already] providing growers with tools to make decisions, [such as] imagery data," says Tom Devol, the board's senior manager of field outreach and education. "But they can’t truly leverage that decision if they irrigate everything the same way they used to. If they’re truly going to get [maximum] value out of a tool like an imagery platform or soil moisture monitoring products, they need to think about automation—and they likely need to think about designing their irrigation system to meet all the profiles of the orchard."

A variable rate drip irrigation system allows growers to deliver different amounts of water to different areas of an irrigation plot as needed. Variable frequency drives (VFDs) installed at a pump let growers “throttle” how much water they send out to different orchard locations from that same pump, Devol explains.

Initially, the goal of variable rate systems was to tailor water delivery specifically to different soil structures across an orchard, Devol says. But he now sees wider potential for this type of irrigation strategy. “We at the Almond Board really envision taking variable rate irrigation to another sphere of designing around flexibility—not just for soil, but other reasons."

The initial stumbling block to variable rate irrigation in drip systems was the need for more valves than in a typical setup: more valves meant more labor to open and close them. Even today, Devol says, this constraint contributes to the fact that only a small percentage of almond growers use variable rate drip irrigation—and it's often those dealing with marginal soils or difficult terrain.

“The pressure of maximizing their water and their nutrients, any of their inputs, is never going to go away. That pressure is only going to increase in coming years,” Devol says.

As automation becomes more widely available, Devol is strongly advising growers putting in a new almond orchard to consider installing a grid-based variable rate system for maximum flexibility. A typical design might be 50 valves in a 100-acre plot.

This approach opens up an array of options for responding quickly to changing conditions, Devol says. For example, when frost threatens, a grower with limited water can prioritize delivery to low-lying areas where damage is most likely. If tree growth and vigor change as a new orchard matures, an irrigation block set up on a grid pattern can be easily adjusted to meet trees' needs. 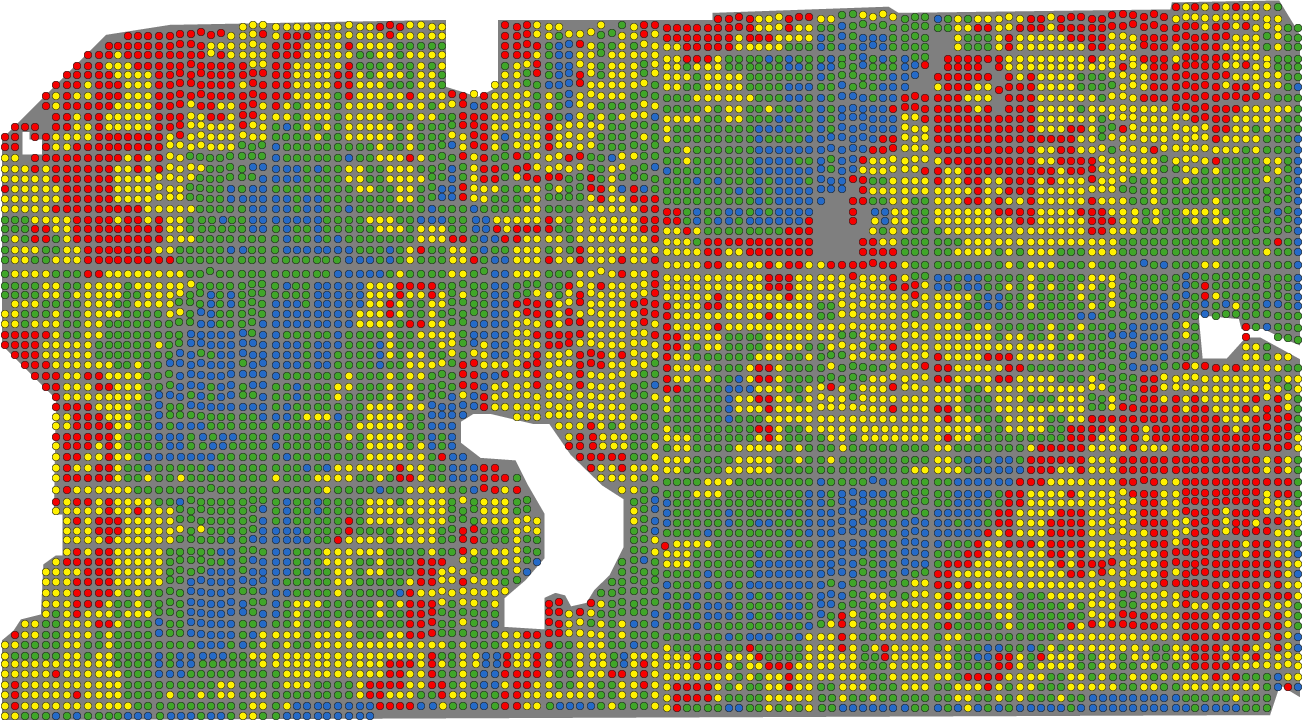 Water stress data from Ceres Imaging shows how trees' needs can vary significantly across an orchard.

But with an automated variable rate system, the grower can easily make the recommended adjustments to optimize performance, without adding to the labor bill.

The bottom line, Devol says, is that taking advantage of evolving irrigation technology and making changes based on data helps growers conserve resources, save on labor and inputs, and ultimately become more profitable in an increasingly difficult growing environment.

“The way that grandad used to do it? We’re past that. We have to maximize the yield produced on every acre of ground. We are in a situation of such water scarcity that we can no longer have under-performing acreage. That acreage has to perform well. These tools help us do that.”

Ask an agronomist: benefits of a timely soybean and corn harvest