Even more than the rest of us, potato growers could be forgiven for wanting to put 2020 in the rear-view mirror. From canceled contracts to processing plant closures, the pandemic had effects all its own—but it also served to accelerate and exaggerate existing trends toward diversification, experimentation, and advances in irrigation strategy.

Here are three defining patterns for the potato industry in 2020.

Even more than other commodity crops, the potato market experienced unprecedented disruptions as a result of the global pandemic. Restaurant demand plummeted 30% in the wake of stay-at-home orders, while retail demand rose as consumers cooked at home.

While these market conditions affected the entire agriculture sector, potatoes—which are planted with a fresh or frozen end use already in mind, and which can't survive in storage for as long as other commodities—were especially hard-hit. Growers were further impacted by closures and delays at processing plants, some of which shut down or slowed production for a few weeks to do a deep clean and implement safety measures to protect workers.

“Prior to the 2020 planting season, many processors and retailers quickly cut back the contracted acres of french fry potatoes by 10-20%," says Andy Robinson, a North Dakota State University Extension agronomist. "The solution was to plant those lost potato acres to other crops, which meant taking a hard look at input costs and soil amendment needs required for another crop like corn or wheat.”

2. Diversification and resiliency were rewarded

In such a chaotic environment, growers with a more diverse crop rotation and an experimental attitude found it easier to adapt, says Micheal Dunn, a remote sensing specialist with Anez Consulting in Minnesota. He saw a pattern emerge from the volatile conditions of 2020: the growers finding ways to adapt tended to be those who were already trying new techniques and technologies, including different forms of nitrogen, pesticide applications, and irrigation strategies.

“These progressive farmers aren’t afraid to fail, if they can learn something and improve upon it. The farmers who are set in their ways, and don’t see the value in changing anything, are the ones that suffer most during the challenging years,” he says. 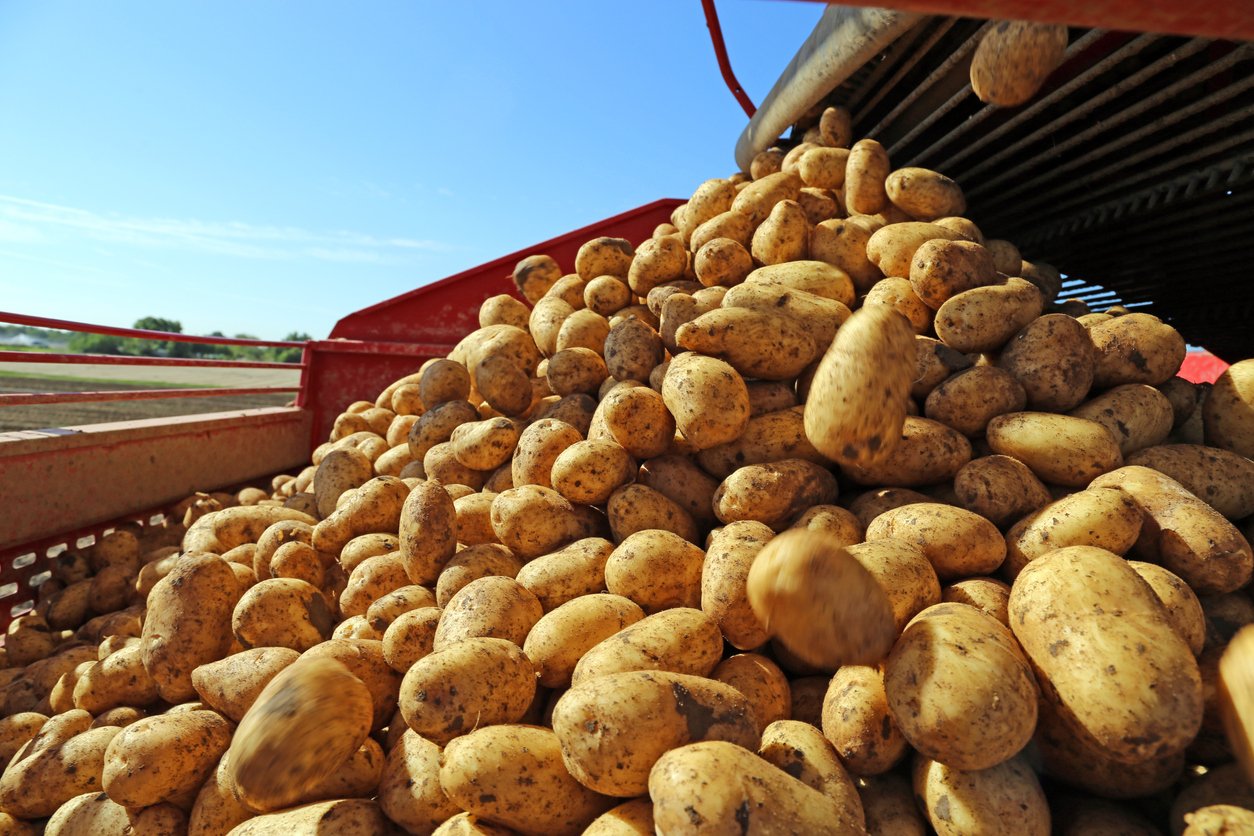 One client in particular stands out to Dunn. In a year when others might be deterred from taking gambles, this potato grower tried planting sweet peas for canning for the first time—and achieved yields 20% higher than expected, while having lower input costs than the corn crop that would have otherwise been in the rotation.

Robinson has his own story of a grower thriving in volatile conditions—this time by taking quick action to roll with the punches.

“One grower had their potato acre contract cut by 20%, so he decided to go ahead and plant wheat," After it was beginning to grow, the processors came back and wanted those acres in potatoes after all.  Because the potato crop is much more lucrative than wheat, it was a no-brainer to go in and kill the wheat, and plant those acres to potatoes."

In much of the country, the last two years could not have been more different in terms of moisture availability during the growing season. While a wet 2019 made limited demands of irrigation systems, 2020 saw less spring rain and a greater need for early-season water to prepare ground, help young plants develop, avoid scab pathogens.

“Without irrigation, a dry year like 2020 would have had half the crop in yield, and the scab pathogen would have ruined a lot of the potatoes," Dunn says. "Irrigation proved to be necessary and critical to put on during specific growth stages of the potato crop.” 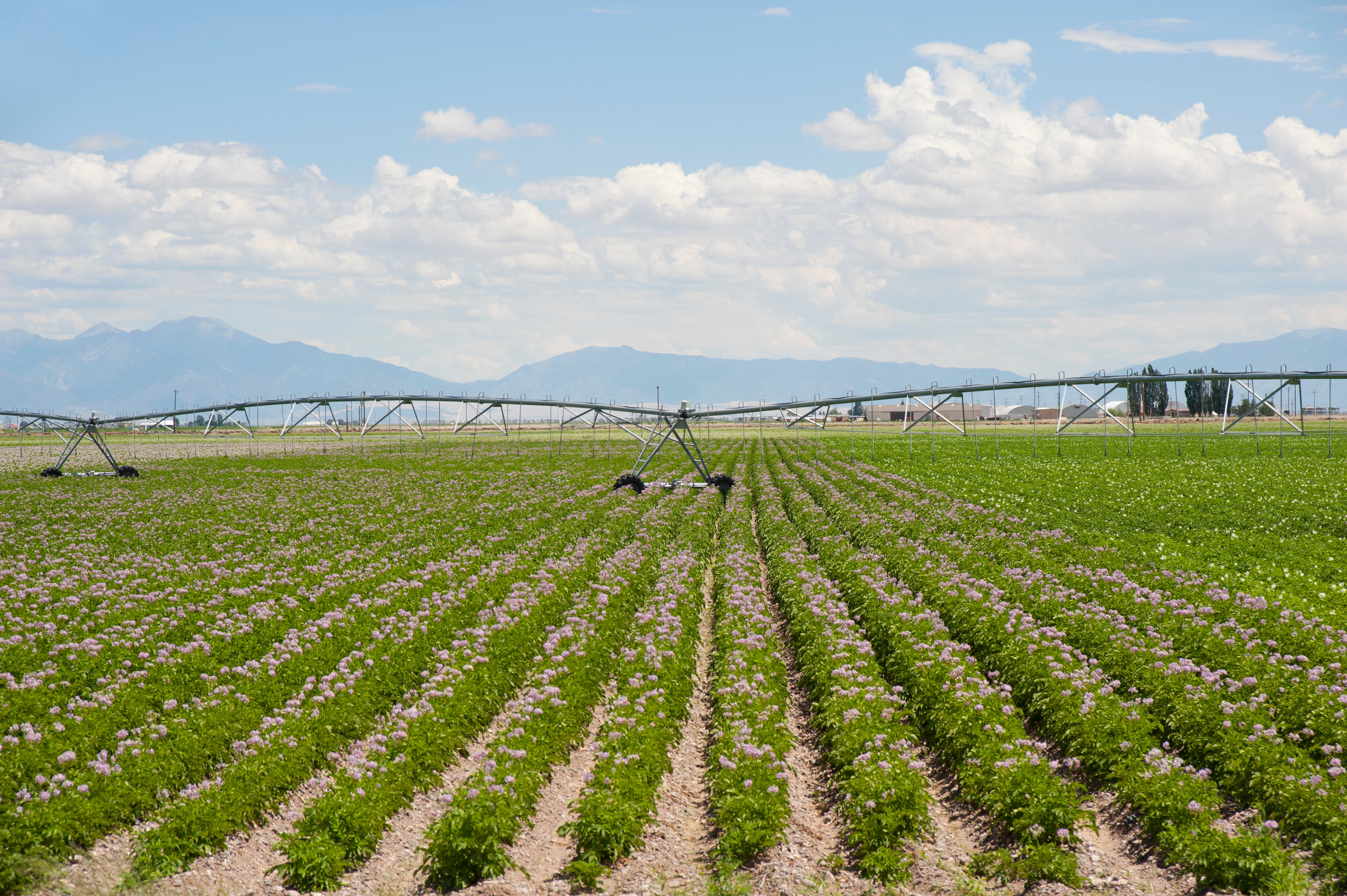 Given the varied topography and soil types in many potato-growing regions—and the continuous improvement of the technology—2020 saw producers' interest in variable rate irrigation slowly but surely on the rise. A VRA approach allows potato growers to meet the crop's irrigation needs in drier soil types while avoid overwatering areas of the field that don’t need it, which is critical to avoiding yield loss to stem rot and maintaining uniformity.

“We are seeing more variable rate application (VRA) going on with center pivots, and it is trickling in slowly on more acres," Robinson says. "With more growers being able to use that technology, we should see a more consistent yield."

To that end, irrigation equipment manufacturers in 2020 made progress on features that provide more sophisticated control of pivot revolutions, and therefore water and nutrient delivery. This allows for lighter applications that can be used to lower the temperature of the crops, apply chemigation, and reduce erosion.

In combination with accurate VRA zones—such as those generated from aerial data by Ceres Imaging—more capable irrigation equipment creates additional opportunities for precision methods to improve uniformity, which is more important in potatoes than other commodity crops. As growers look for opportunities to boost profits and resiliency, look for more widespread investment in irrigation management tools in the year ahead.

Research finds pistachio growers should be wary of dust in bloom