Few organizations, in any industry, can say they have a hundred-year plan. Sonoma County Winegrowers is one.

It wasn't so long ago that a public commitment to sustainability seemed like a gamble for any business, much less an industry association representing the interests of many independent members. So how did winegrowers in Sonoma wind up becoming the first to commit to 100% sustainability?

Episode 7: State of the almond industry

"It’s not very often you can be first at leading something," says Karissa Kruse, president of the Sonoma County Winegrowers. In 2014, forward-thinking growers here saw the opportunity. The market wasn’t there yet—but they believed consumers would eventually drive demand for sustainable wine and grapes.

The group was motivated by more than the bottom line. "It’s really about multi-generational [agriculture], grandkids to grandparents," Karissa says. "In farming we know that is very much how you look at your business, how you think of the world."

Brad Peterson of Silver Oak Cellars was chairman of the board at Sonoma County Winegrowers at the time. "When [Karissa] first announced it, there was a stunned silence. Anybody that tries to get 100% anything realizes how difficult it is."

But the skeptics came around quickly, Brad says. "We realized we needed to do everything we could to make Sonoma County grapes and Sonoma County wine stand out from the rest of the world—because it really is a global marketplace.

"So often, as a farmer, you’re reactive. Things are coming at you, legislation is coming at you, there’s a variety of things to deal with in the vineyard. This was an opportunity to be proactive and put our name on something before we had to." 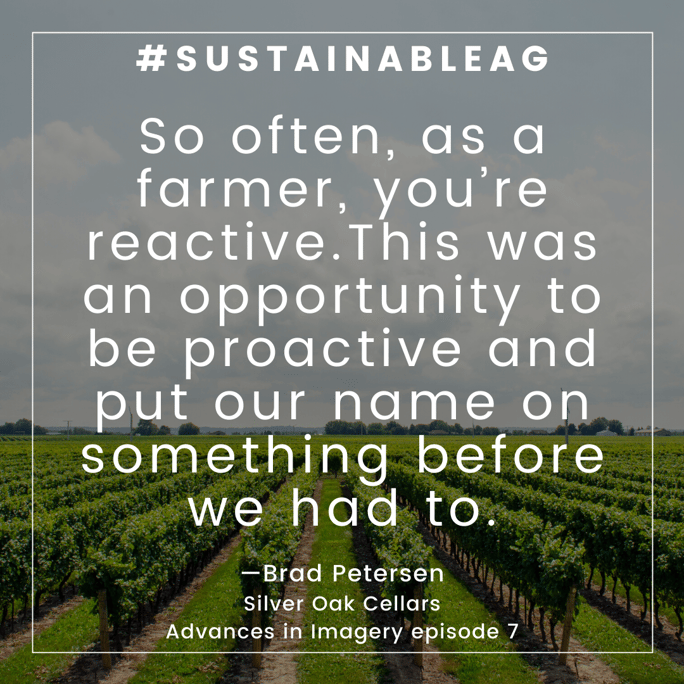 For some operations, the sustainability pledge was also an opportunity to call attention to practices already in place. That was the case for Steve Dutton of Dutton Ranch. "In Graton, where we farm, we have two Coho salmon creeks that run through our place. Luckily, fish-friendly farming got wrapped up into [the certification process] for sustainability: it gave us credit for the things we’ve been doing for the last 50 years of our business."

Similarly, Silver Oak Winery is LEED Platinum certified and one of the most sustainable wineries in the world. "Just about everybody that walks into our tasting room, carries a bottle of our wine in their restaurants, or is buying a bottle of wine—they want to know what our practices are, how we treat our employees, what materials do we use on our vineyard, what’s the process we go through to make the wine," says Brad.

"For us, using the sustainability certification gives us a huge amount of information that we can point to. This gives us a great opportunity to tell our story to consumers." 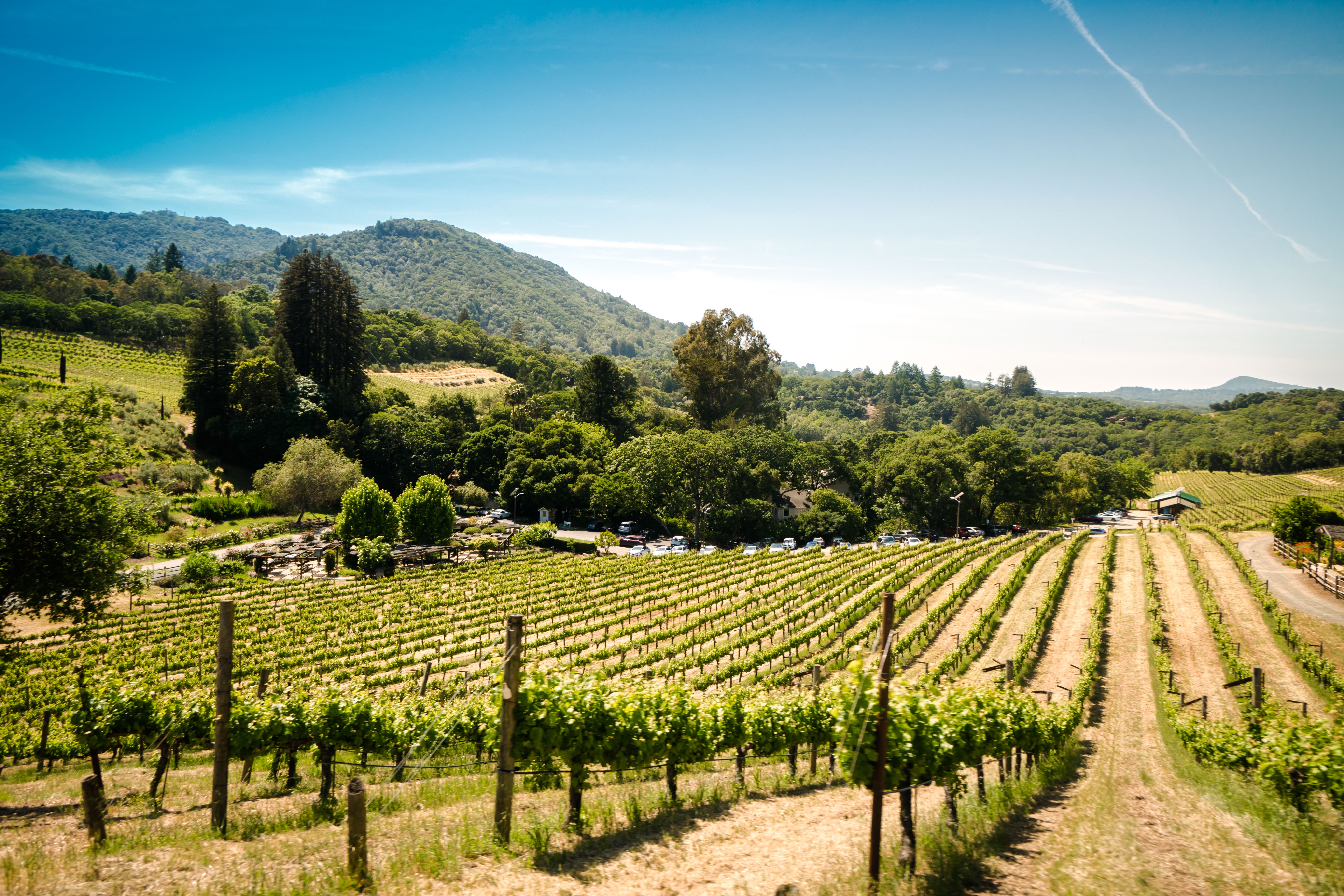 It’s important to note that the notion of sustainability extends beyond environmental concerns: it’s also about people. In 2016, the Sonoma County Wine Grape Growers Foundation launched with a focus on affordable housing, workforce development, and employee recognition.

It turned out to be another instance of local industry leadership staying ahead of the game. "At the time we had no idea that we would have the crisis of two wildfires, where employees would be needing more support than ever," Karissa says.

Dutton Ranch is among the members modeling new practices for social sustainability, even offering tours of its dormitory-style employee housing. "Doing things for our labor force, providing housing, making sure everyone is working in good conditions—the social aspect of it became very important to us," Steve says. "Farmers are doing really good things for their employees and trying to take care of them."

Other developments followed: in 2017 came the launch of the Sonoma County Center for Ag Sustainability; in 2018, the debut of the sustainable wine label; and in 2019, an augmented reality experience to help consumers learn more about where their wine comes from.

By 2019, 99% of the vineyards in Sonoma County had a sustainability certification from a third-party auditor—up from 33% when they first set their goal in 2014. 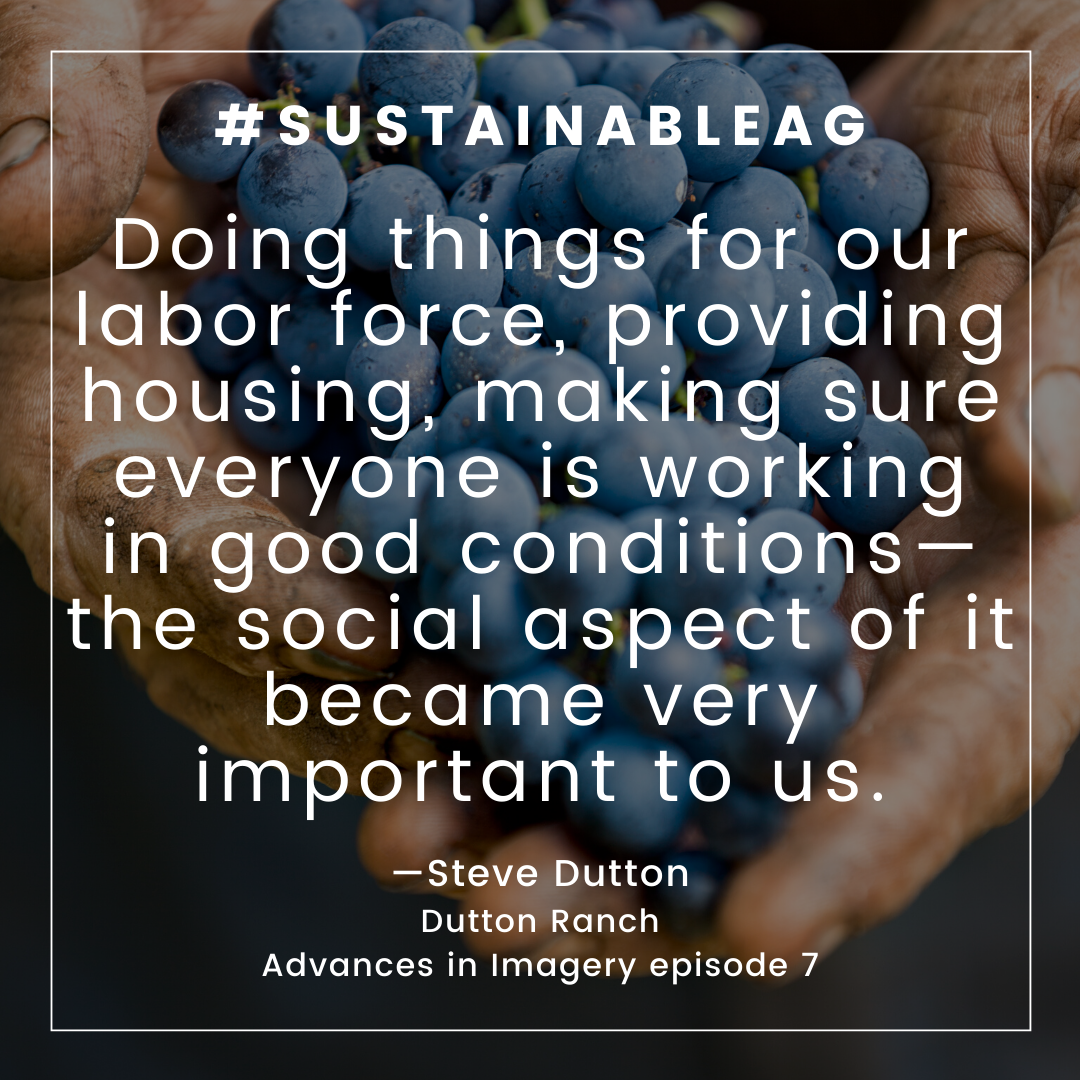 Being the first to make a big public commitment had its advantages. "We’ve been able to watch as regions around the world continue to follow Sonoma’s lead," Karissa says. "Napa came out with a commitment the year after; Champagne has a commitment; Bordeaux now has a commitment to sustainability.

"It’s about being global leaders. A lot of different wine regions talk about diversity, the climate, soils, and family farming, but we own the sustainability program for our county—and that is a huge differentiator when you’re out talking to media, sommeliers, accounts, and certainly when talking to consumers."

So what’s next for Sonoma County Winegrowers? The group is exploring a range of new projects, including a climate adaptation pilot—but if it’s up to Karissa, they’re certainly not resting on their laurels. “As soon as you walk away from being a leader, someone else is nipping at your heels to own that position.”

Sustainability in Action with Brian Fiscalini