With infrastructure on the agenda, will rural broadband access improve?

Slow or no internet has long been a roadblock for farmers and their families—not only in day-to-day communication with work, school, and friends, but also in efforts to implement digital farm technology.

The COVID-19 pandemic has highlighted the importance of fast, reliable internet, and rural broadband is now a topic of national conversation. Here's a look at the scope of the problem, and the latest efforts to bridge the digital divide.

Who's affected, why, and how?

A 2019 study by Pew Research Center found that 63 percent of rural Americans say they have a broadband internet connection at home, up from 35 percent in 2007. (For now, the Federal Communications Commission considers “broadband” to be internet access with a minimum speed of 25 Mbps for downloads and 3 Mbps for uploads—a definition likely to now that many households have multiple devices connected to high-bandwidth streaming services.)

Despite the improvement in rural broadband access, a 2019 report from the United Soybean Board found that 60 percent of U.S. farmers say they still don't have the connectivity they need to effectively run their business, with 78% of farmers reporting that they do not have a choice in internet service providers. The U.S. Department of Agriculture (USDA) has estimated that 25% of U.S. farms have no access to the internet at all. This map released by the White House shows the majority of rural America (in red) still lacks access to high-speed internet.

According to the FCC, the biggest obstacle to bringing broadband to rural communities is the expense. The cost to serve each customer increases as the population density decreases, so people who live in rural communities have limited choices of internet service providers—if any—and often pay higher prices for slower or less reliable service.

During a June 2021 hearing in the U.S. Senate, a member of The Rural Broadband Association explained that companies like his serve less than 5 percent of the total U.S. population, but cover about one-third of its landmass. Broadband providers in rural areas can also face challenges unique to the location, such as ensuring access during extreme cold or wildfires.

Without broadband, some farmers face an uphill battle to implement precision agriculture technologies whose efficacy relies on real-time transmission of crop data to remote servers. By contrast, the USDA has found that farmers who do have access to broadband are able to adopt conservation programs more quickly and achieve higher crop yields. As one Siskiyou County, California farmer put it: "Having faster internet now is no longer a luxury. It's kind of just required in the normal transaction or running of the business." 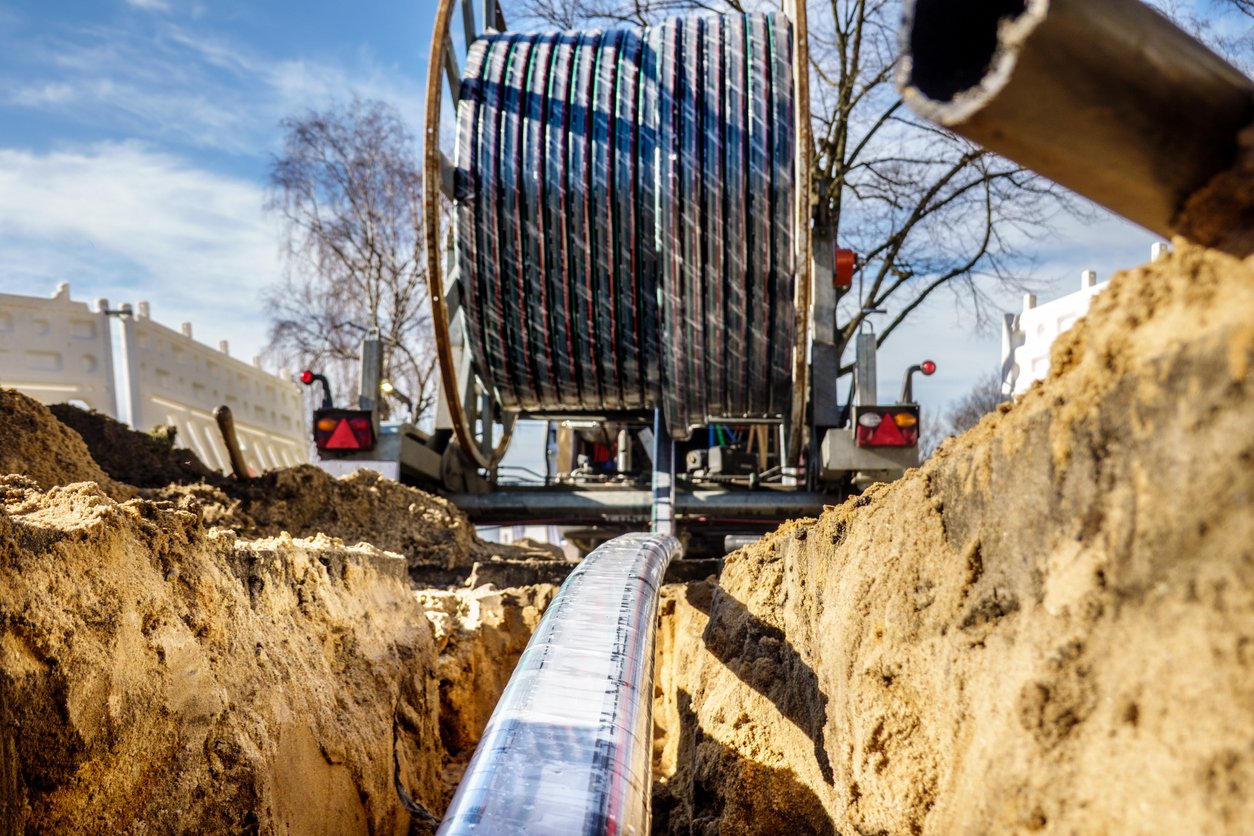 Poor connectivity impacts farmers' lives in other ways, too, limiting access to educational and job opportunities, and even healthcare.

“Access to quality medical care shouldn’t be determined by your zip code; yet for far too many, that’s their reality," says Tina May, VP of Rural Services and Chief of Staff at Land O’Lakes. The company has convened more than 140 organizations to form the American Connection Project Broadband Coalition, which advocates on this issue.

"One way to start closing this gap is by investing in technology—such as broadband and telemedicine—that brings access to care directly to communities large and small."

Broadband has featured in the larger infrastructure debate among policymakers in Washington D.C. this year. The administration's American Jobs Plan proposes investing $100 billion in bringing high-speed broadband to every American, drawing comparisons to the scope and importance of the 1936 Rural Electrification Act. Meanwhile, the bipartisan infrastructure legislation approved by the Senate in August 2021 includes a $65 billion investment in broadband.

While it's not known what components of the American Jobs Plan will ultimately make it into law, other efforts to expand access to rural broadband are already underway. Launched in 2018, the USDA’s ReConnect initiative provides loans and grants for rural broadband infrastructure. While the program is scheduled to sunset in 2022, legislators are considering extending and expanding it.

“There are several key policy initiatives in play today that we believe can make a difference," says Tina May at Land O'Lakes and the American Connection Project. Among them: "Federal funding of at least $80 billion for broadband infrastructure; improved broadband connectivity mapping—specifically, swift implementation of the Broadband DATA Act; [and] better coordination of federal and state agencies to deploy funding." The coalition is also calling for expanded digital literacy initiatives and extension of telehealth provisions granted during COVID-19.

Rural broadband is increasingly top of mind at the state level, too. California Governor Gavin Newsom recently proposed a three-year, $7 billion investment in broadband, with the aim of connecting the 51% of the state's rural households that currently have no high-speed options. Several bills are also under consideration in the state legislature, including The Broadband for All Act, which would ask voters in the November 2022 election to authorize a $10 billion bond to fund internet access in remote areas of the state.

Meanwhile, the California Broadband Council continues its work in unserved and underserved areas of the state. In December 2020, the council finalized a multifaceted action plan that calls for identifying and facilitating new broadband projects to support precision agriculture and food systems in rural communities.

While the policy debate continues at both the federal and state level, farmers and their families look to stopgap measures for high-speed internet.

Public libraries are often important connectivity hubs in rural areas. The FCC recommends contacting local libraries about participation in the federal E-rate program, which subsidizes broadband to libraries and schools. The American Connection Project also provides a listing of more than 3,000 free, public WiFi locations in communities across 49 states, as well as resources and information on how to to advocate for rural broadband with elected officials.

Lastly, farmers in areas without reliable internet access should consider the implications when implementing new digital technology. Some precision ag tools, including Ceres Imaging, include offline functionality so that data is usable in the field even when data coverage is thin.