Recap: 'Farming in a state of extremes'

California is the nation's agricultural powerhouse—but water shortages increasingly threaten the state's growers. The nonpartisan nonprofit think tank Public Policy Institute of California recently hosted a presentation and panel discussion on the challenge titled "Farming in a State of Extremes."

Because California ag generates more than 50 billion dollars in annual revenue and employs more than 420,000 people, any negative event impacting the ag industry will be felt throughout the state, says Escriva-Bou.

“The ongoing drought is reducing water availability and increasing water demand," he said. The 2012-2015 drought for the most part impacted Central and Southern California. By contrast, Escriva-Bou noted that the recent drought period—the second-driest on record—extends to normally water-rich areas including the North Coast and Sacramento Valley, which in addition to its own agricultural interests also supplies water to the southern half of the state.

Unpredictable swings in precipitation and temperatures will compound the difficulty of statewide water resource management in the future, Escriva-Bou believes. For example, December of 2021 was among the wettest on record, however, the January to March period was the driest in a century.

Economic impacts and repercussions for resources

Escriva-Bou’s research showed that some 400,000 acres went idle as growers attempted to cope with water shortages in 2021, much of that land in the Sacramento Valley. Crop revenue losses and increased pumping costs were estimated at $1.1 billion, but this figure doesn't include impacts to industries that support agriculture—and as Van Mleck pointed out, while farms may at least lean on crop insurance, other businesses cannot.

“From our past experiences with drought, we know that groundwater pumping will increase with less surface water—which leads to subsidence issues and more wells going dry,” Escriva-Bou said. But rolling out of groundwater restrictions spurred by the state's last severe drought period is obviously complicated by the current one.

"SGMA was going to be challenging to implement anyway," said Limas, "and when you layer drought on top of that, it just became that much more challenging. At some point you’re just layering impact on top of impact.” 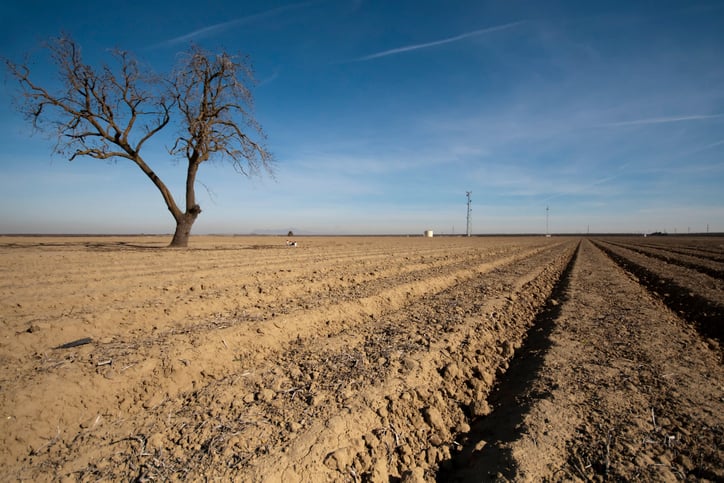 Herrera addressed recent executive orders by the governor altering the review process for new wells, saying the objective was increased coordination between different agencies. "We understand that local water managers and jurisdictions are the best equipped to [manage water at a local level]," she said. "They will know whether the proposed well is going to exacerbate local conditions or not."

The panel agreed that there must be more efficient water capture during wet periods and improved storage and conveyance going forward. Both Van Vleck and Limas spoke in favor of the proposal for  additional storage at Sites Reservoir.

"With SGMA and drought and the extremes that we're seeing in weather patterns, capturing floodwater and moving that water south and recharging it underground is going to be absolutely imperative to avoiding devastation to our ag industry," Limas said.

For more of the Public Policy Institute of California's research on drought and California agriculture, read the complete report here.