Without enough nitrogen, commercial farms and orchards are unproductive. Add too much, and it pollutes air and water.

California almond growers have long played this balancing act with nitrogen fertilizer. The high-protein crop requires a lot of nitrogen, and while almond trees are among the most efficient users of nitrogen, the scale of the industry—more than 1.5 million acres, or nearly 20 percent of the state’s irrigated cropland—means it can have heavy impacts on air and water quality.

But what if nitrogen also played a role in sequestering carbon, and thereby mitigated climate change? How might that tip the scales? Researchers at the University of California have been working to find out.

In the results of a seven-year study published earlier this year, horticulture scientist Sat Darshan S. Khalsa, who specializes in nitrogen management in permanent crops, demonstrated that intensive fertilizer use in almond orchards—and the associated increases in wood and root mass—lowers their global warming potential. While this single study is not enough to signal new recommendations for growers, it adds to our understanding of the many tradeoffs in nitrogen use and points toward further research needed in this complicated but essential field of research. 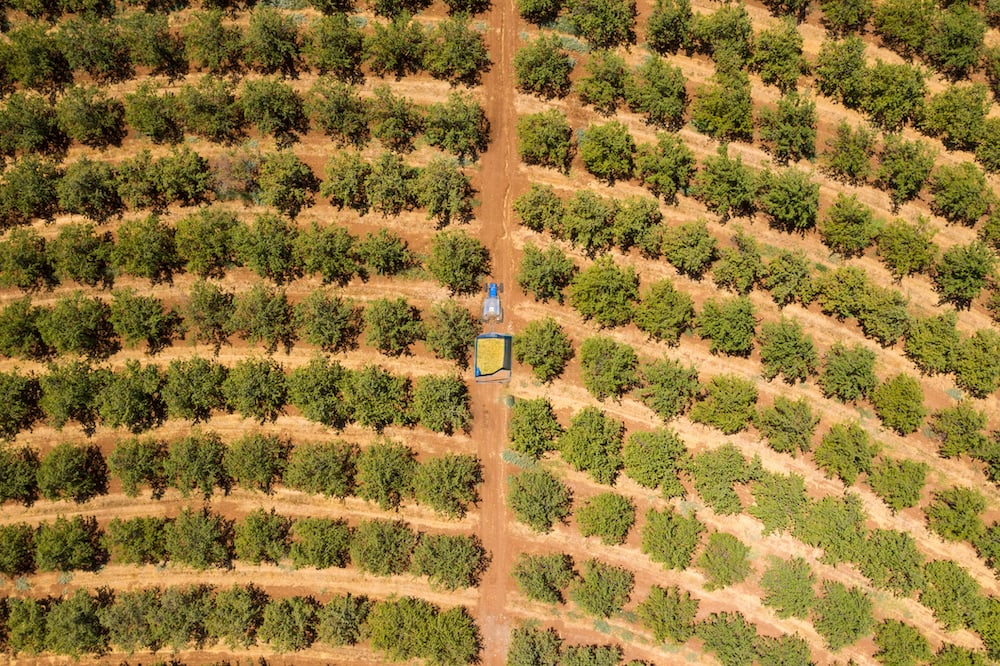 Khalsa said that when he factored in the “entire system,” including measurements of soil organic matter along with fertilizer inputs and outputs, he was able to demonstrate that orchards can function "a lot like deciduous forest systems, ecologically. What we found is when you intensively farmed the almonds in this trial, it significantly increased the soil organic matter” and overall biomass, effectively capturing carbon in wood, roots, and soil and offsetting greenhouse gas emissions. Along with the stored carbon, he says, it also increased the nitrogen stored in the soil, offering a buffer against future deficiencies.

But, Khalsa said, “this is not a win-win, necessarily.” Trees on the reduced rate were more efficient, taking up a higher overall percentage of the applied nitrogen. And the intensive plots leached more pollutants into the water and air, even though some was also retained in the soil.

The value of the study, Khalsa said, was in better quantifying the full environmental impacts of intensive farming, rather than looking only at one factor at a time. “There are absolutely trade-offs in different types of practices related to productivity and environmental impacts,” he said. By instead looking at nitrogen use, soil organic matter, greenhouse gas emissions, and nitrate leaching simultaneously, “that allows us to look at a natural ecosystem like a forest and look at models of now nitrogen cycles within a forest and see how we can apply some of those to orchards.”

Khalsa said his recent findings regarding net global warming potential apply only to California almond orchards: similar studies on other crops in other states have yielded very different results. Khalsa believes this is related to California’s lack of overall soil organic matter as well as the nature of orchard versus annual or row-crop ecosystems. 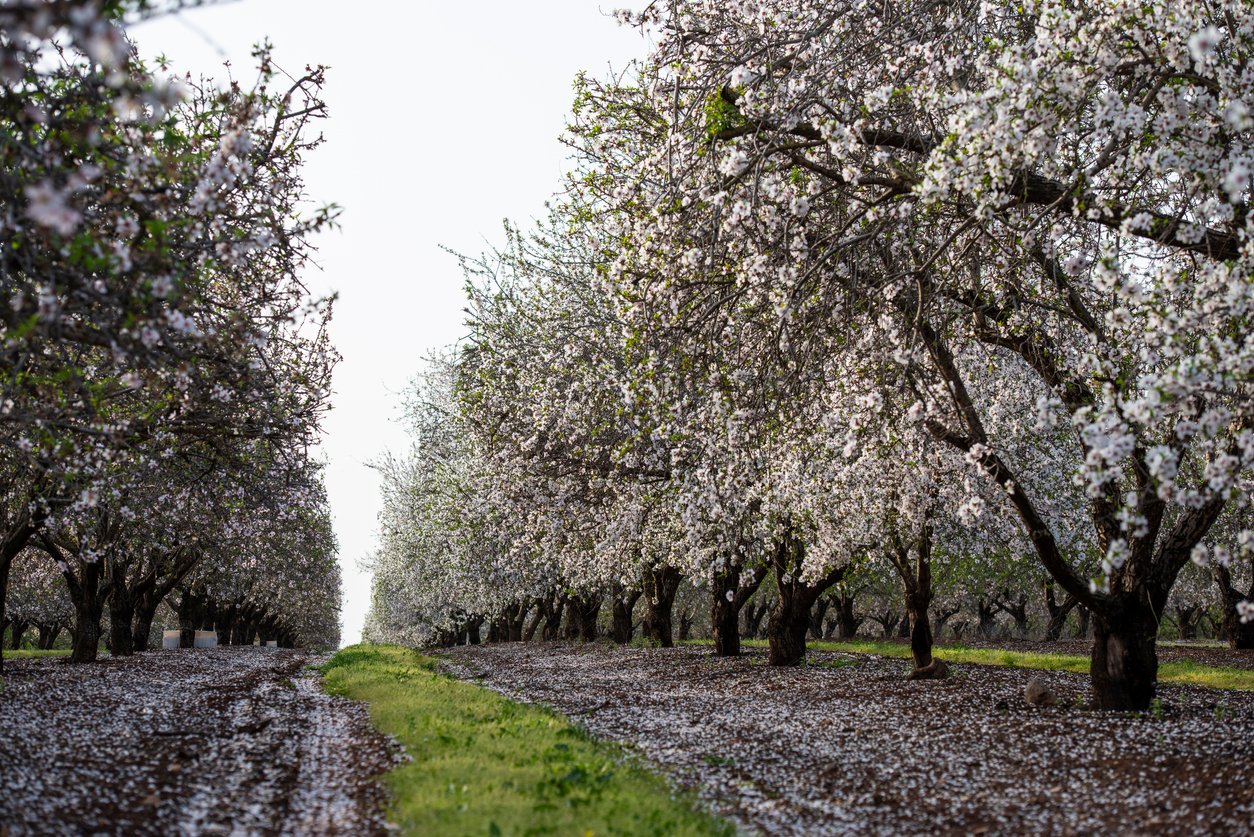 While Khalsa said his recently published study should not be taken for nitrogen management advice just yet, it does point toward several areas of future research, which he and his team will continue at U.C. Davis. First, he hopes to understand the role of soil organic matter and whether soil health practices (such as whole orchard recycling) can boost soil organic matter without increasing nitrogen application.

“If we want to really affect widespread change related to sustainability and productivity, as well as tackle big environmental problems like pollution and climate change, we really have to be focused on the integration of different sciences—plant, soil, and social sciences—because ultimately it is going to be the growers who are going to be making the decisions that impact acres and acres of landscape,” Khalsa said.