On day one of Info Ag, 1,150 attendees from 23 countries gathered together at Union Station in St. Louis.

“As we travel around the world, we’re all aware there are many definitions of precision ag,” said moderator Steve Phillips of the International Plant Nutrition Institute. “The society is working on a common definition of consumer ag, which is very important—that we’re all speaking the same language.”

So how is the precision ag industry doing helping farmers around the globe?

That’s the question that keynote speaker Jess Lowenberg-DeBoer tackled (seen above). A longtime Purdue professor, Lowenberg-DeBoer oversaw the Purdue/Croplife precision ag adoption survey for decades before moving to the UK to work for Harper Adams University.

“Adoption is the best indicator of what people find useful,” Lowenberg-DeBoer said. “It means they think something is useful enough they’re going to spend money to buy it, spend time learning to use it, and put the future of their businesses on the line.”

Globally, he said, there’s a correlation with precision ag and large field size, meaning that most of the developed world uses precision ag at a higher rate than African and Southeast Asian countries.

“Precision ag as we know it was designed for large farms with large fields, and that’s where it’s spread,” Lowenberg-DeBoer said. “We need to think about how it’s going to affect those millions and millions of other farmers in the world who are affected by the same problems, in a different farming system.”

Precision ag is poised for another expansion, Lowenberg-DeBoer said. Variable rate herbicide and pesticide is still at the experimental level--interesting, but not standard practice.

“It’s a picture of an industry looking at an idea that makes all the sense in the world, is a great idea…but for a variety of reasons is not at the place where it can get that 70, 80, 90% adoption,” Lowenberg-DeBoer said.

One exception with high adoption that demonstrates the potential of variable rate application, he said, is sugar beets in the Red River Valley in North Dakota and Minnesota.

All of the factors have come together to make variable rate nitrogen used by farmers in that area--oversized beets aren’t popular with processors, and academics have done the work on how variable rate technology can provide more uniform harvests.

The farmer to dealer rate on variable-rate technology is catching up, he said, and there’s early word that the new USDA ARMS study will show 35% of wheat growers are using variable rate practices.

Globally, the perspective is very different from Denmark, where the government restricts nitrogen use, to Africa and other developing regions, where cost tolerance is low and highly-specific conditions are met with local knowledge and manual labor.

Lowenberg-DeBoer said there are somewhere around 400 million small and medium farms in the world, and precision ag costs must come down to reach those farmers.

He said a $10 price point for handheld sensors may seem hard to believe or predict, but cell phones once costed thousands and now cost $20 in an African market: “Every African farmer I’ve met in the last few years has a cell phone. That’s also something we could not have predicted.”

At the end of the day, Lowenberg-DeBoer said, across many regions, nitrogen regulations are increasing.

To meet Ceres Imaging at Info Ag, see this blog with our team members who are attending, and our booth location.We look forward to talking about how aerial imagery with market-leading quality can solve real problems for you. 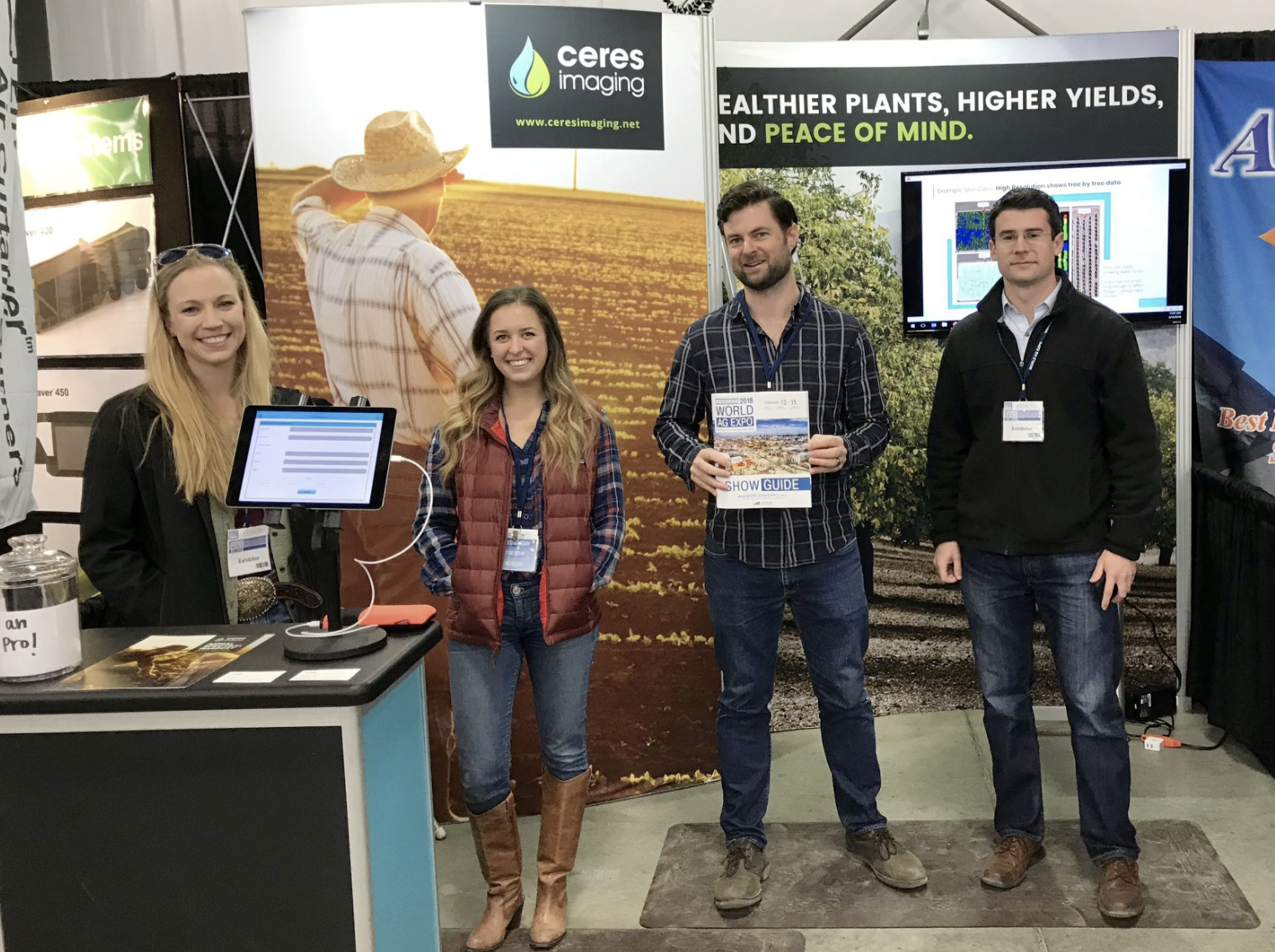