Ask an agronomist: optimizing in-season nitrogen use in corn

Question: What growth stages are most critical for nitrogen uptake in corn? Can aerial imagery help me manage nitrogen in season?

First, it’s worth reviewing the basics of why corn needs nitrogen.

All plants need prescriptive amounts of macro- and micronutrients to develop to their full genetic potential. When it comes to the corn crop, nitrogen is arguably the most important macronutrient for facilitating growth and development. The rate, time of application, and source of nitrogen supplied to corn directly affects yield—and can have a significant negative impact on the environment if not managed correctly.

Nitrogen moves through the corn plant through the flow of water facilitated by the transpiration process. Nitrogen is required for early development of stems and leaves, and the kernels need it to produce proteins. Although corn’s value is not determined by the amount of protein it contains at harvest, the yield potential of corn is based largely on the amount of nitrogen available to the plant during key stages of development.

All plants produce seeds through the reproductive process, and are genetically coded to optimize the potential for the plant to reproduce itself. Corn, wheat, barley—and other plants that produce a head or cobs to carry the seeds—will abort and shed heads or cobs if there is insufficient nutrients to ensure that the plant will reach maturity. Even if retained, the cobs or heads will not be completely filled to maturity. The resulting yield loss cannot be regained by the crop.

As shown in the diagram above, the V6-V9 stages mark the corn plant’s transition into constant, rapid vegetative development and biomass gains. At VT-R1 (tasseling to silking) two-thirds of the total nitrogen required for corn is already accumulated in the plant.

In sum: corn uses little nitrogen at the beginning of its life, but as the plant grows, so does its use of nitrogen. To sustain rapid growth and maximize yield, there has to be nitrogen present during those growth periods. If adequate nitrogen is not present, the result is lower yield potential. 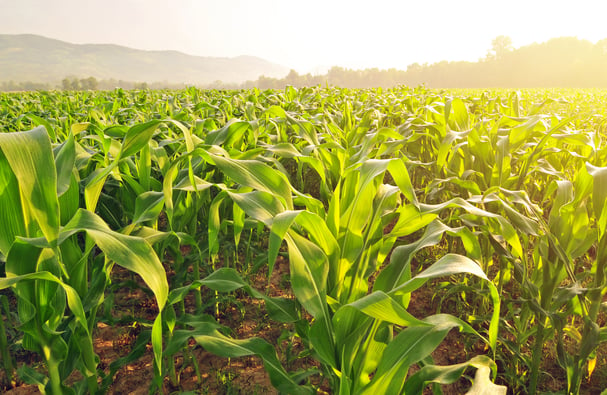 Now, with an understanding of the growth cycle, you can get down to the numbers.

Aerial imagery and analytics can play an important role in monitoring nitrogen uptake and availability along this timeline. By reviewing Ceres Imaging’s Chlorophyll Index—which indicates leaf-level nitrogen content—producers can assess when nitrogen is becoming a limiting factor in crop development.

At that point, or as part of an overall management plan, producers equipped for variable rate applications can create a zone map to apply additional nitrogen only where it’s needed. A zone map can be informed by traditional soil or tissue tests, or generated automatically from chlorophyll data within the Ceres Imaging app. 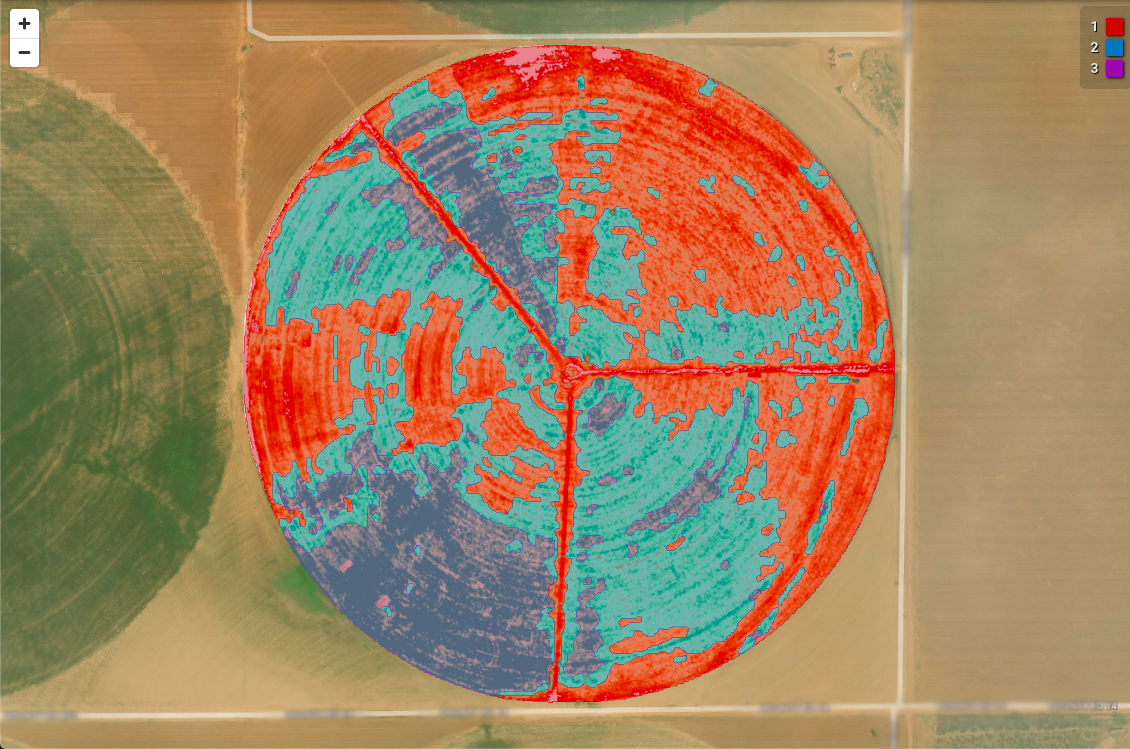 For Ceres Imaging customers using our in-app VRA zone creation tool, you’ll find a host of improvements to the experience this season. Our recent updates improve the accuracy of zone transitions and offer increased sensitivity to achieve the desired numbers of zones when values are narrow in range. We’ve also increased the minimum zone size to 120 feet to accommodate large sprayers and aerial applicators. Don’t hesitate contact us to learn more.