For an alfalfa grower, advanced imagery pays off from the very first flight

Ceres Imaging recently partnered with SCALE Ag Services to help growers in the southwest. One of their customers, a high-value alfalfa operation, was skeptical of the need to fly their fields with a fixed-wing aircraft: they'd used drones and satellites many times already. But the grower’s first look at analyses from Ceres Imaging revealed a costly irrigation error other imagery had missed—and a wealth of opportunities to optimize. 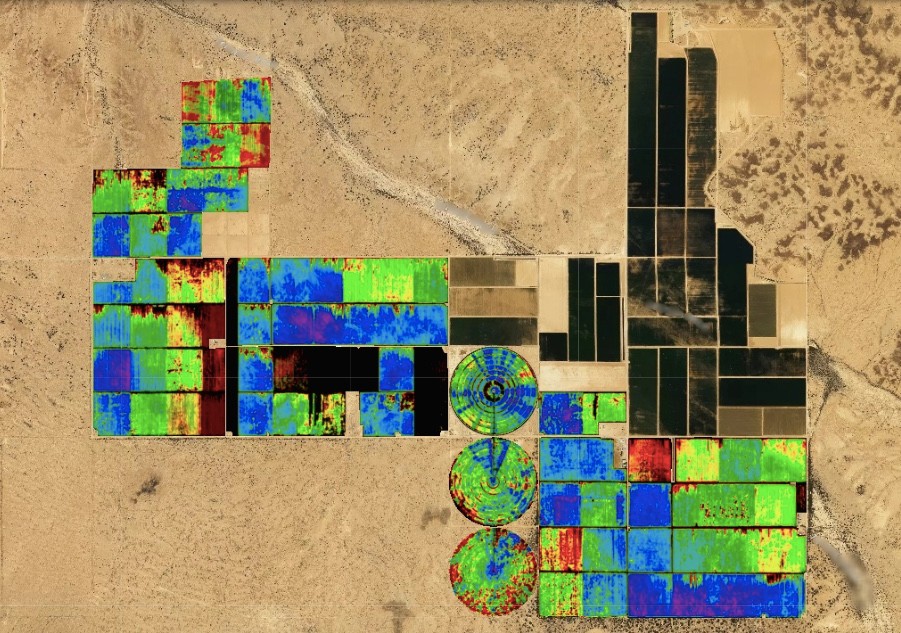 Ceres Imaging crop consultant Jeff Divan reviewed the images from our first flight over the operation, which included analyses of chlorophyll levels and water stress as well as thermal imagery displaying minute differences in temperature. Immediately, he noticed inconsistencies between and within fields.

In one center-pivot field, a portion of the crop appeared significantly under-watered. Divan and SCALE Ag investigated on the ground, comparing the irrigation setup to the pivot spec sheet: sure enough, the nozzles in the affected area were undersized by about a third.

“The irrigator said he was seeing water come out of those nozzles,” Divan says, “and he was. It just wasn’t the rate that it should have been, and that has big implications for yield.” 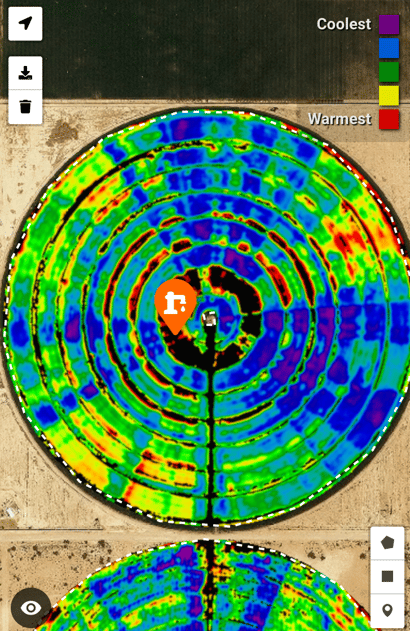 The wrong-sized nozzle package had been installed 18 months before and covered almost six acres of cuttings. Altogether, the hidden irrigation issue had cost the customer well over $15,000 in lost revenue.

The good news: once identified, the mistake was as easy to fix as it was to make. And the images from the first flight uncovered a host of additional options for optimizing yields, from correcting water-pressure issues in irrigation systems to tweaking fertilizer applications.

For SCALE Ag owner Wes Richins, the experience hints at the potential for advanced imagery to help customers dial in every aspect of their operations.

“With satellite, it’s like looking through a muddy window—and with drones it takes lots of man-hours to do any large acres. It’s incredibly difficult to keep ahead of things,” he says. “To a person, everyone that has seen what we’re doing with Ceres Imaging, without question, has been more than pleased.”

Ready for 2020: new tools and features for vineyard and orchard managers