If you didn't make it to the Grape, Nut and Tree Expo in 2019, Advances in Imagery is bringing you a recap of one of the expo’s most talked-about panels: “The State of the Walnut Industry.”

Episode 8: State of the walnut industry

In general, the quality of  the walnut crop in California is on the rise. The state’s growers are competing on the world market, and their high-quality product is often what sets them apart. Nonetheless, from Chet Sciacca’s perspective there was a downtrend in crop quantity in 2019 specifically, with the exception of the chandler walnut, which saw an uptick.

Dehydrators are focused on using modern technology in sorting and processing and improving communication with growers. Both strategies help facilities sort walnuts more efficiently and support growers in achieving their own goals for the season—whether that’s harvesting a certain tonnage or sorting out low-quality nuts.

On the grower side, production of some varieties has been trending downward as orchards that should have been pulled out prior to 2014 are finally removed. Most were kept in production due to high prices that later fell off.

“Growers said, ‘I know I need to pull it out, but not at these prices,” Mike Poindexter recalls. “Those prices weren’t sustainable. Now we’re seeing a huge reduction in Serrs, Paynes, and Ashleys.”

Mike expects some of these varieties will be functionally extinct in the next few years. Meanwhile, Ivanhoes are hugely popular, but the longevity of the trees remains to be seen. Introduced in 2010, the relatively new variety presents some challenges—such as an early harvesting time and susceptibility to blight—but Mike Pointdexter says buyers can’t get enough of them.

“If you call me and you say, ‘Mike, I’ve got 5,000 tons of Ivanhoes, do you want them?’ the answer will be ‘yes’ before you even finish the sentence.”

Other varieties, such as Solanos, Tulares, and Chandlers, are also rising in popularity, and more varieties are always in development. Institutions including UC Davis—whose researchers were the first to sequence the walnut genome—expect to introduce new names to the market in the coming years. 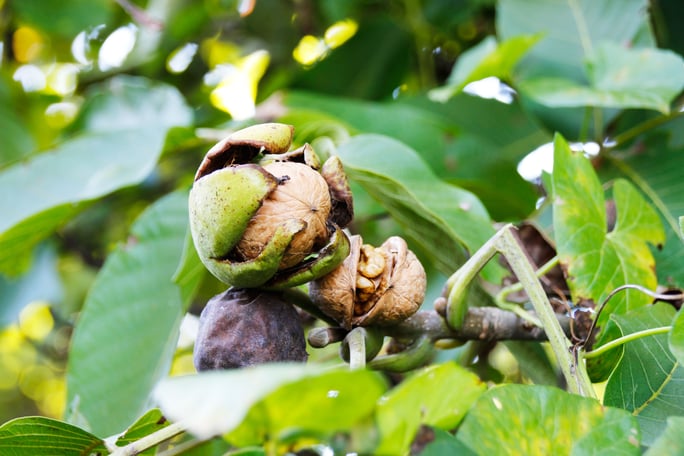 While the trade war with China gets a lot of press and generates a lot of concern, the panel felt it ultimately isn’t a big issue for the walnut industry. Only a small percentage of California walnuts are shipped to China, which produces most of its own walnuts.

These Chinese walnuts don’t present much competition to California’s high-quality crop: they don’t hold their color, the flavor isn’t as good, and they aren’t marketed well—the Chinese variety of walnuts is called simply “185”, and demand for them is low.

Chile, on the other hand, is an up-and-coming competitor. It produces lighter walnuts that have a higher meat yield, but their prices are higher than California growers’. That being said, Mike says, “Everybody who buys Chilean walnuts wants to buy more.”

Another competitor to watch out for is Argentina, with low prices, good quality, and a small but growing industry. Eastern Bloc countries such as Ukraine, Moldova, and Romania also produce quality walnuts for the global market. Other countries, like Spain, India, Turkey, and Italy, produce a good deal of walnuts but consume almost all of them in their own countries and then import more to meet their needs. 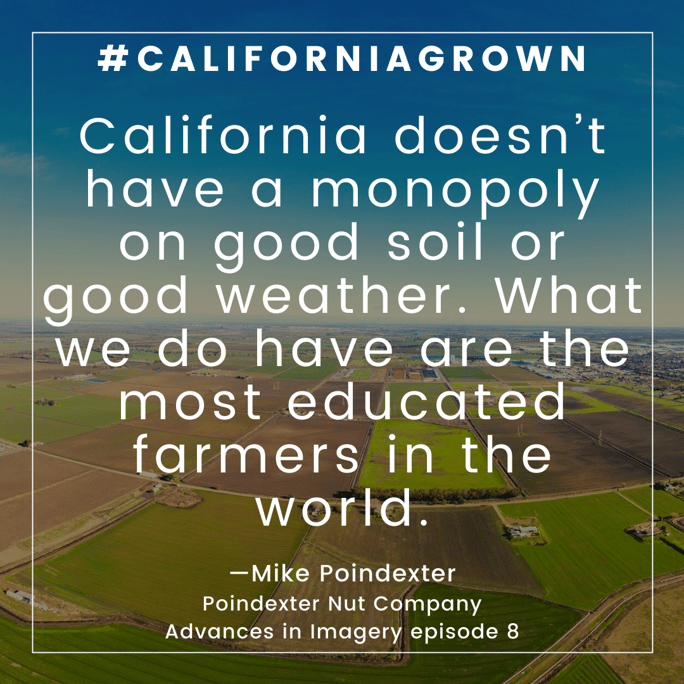 “Mother Nature has a lot to do with quality and production” acknowledges Jerry Moore, but there are still things walnut growers can do to achieve the best quality and the highest yield possible. The panel considers harvesting early a worthwhile strategy. They also discussed spraying Etherol, treating for blight, and various approaches to fertigation.

But the most important investment growers can make in crop quality and yield is actually an investment in themselves: education. Learning to use and understand remote sensing and water monitoring technology, best practices for pest control, and advanced science like tissue analysis can make all the difference in the long run.

“There’s good soil all over the world,” Mike says. “California doesn’t have a monopoly on good soil or good weather. What we do have are the most educated farmers in the world.”

To learn more about what walnut growers and dehydrators are seeing in the industry—and what they expect for the year ahead—listen to the entire panel discussion on episode 8 of Advances in Imagery.

Which growers have perfected transpiration uniformity?